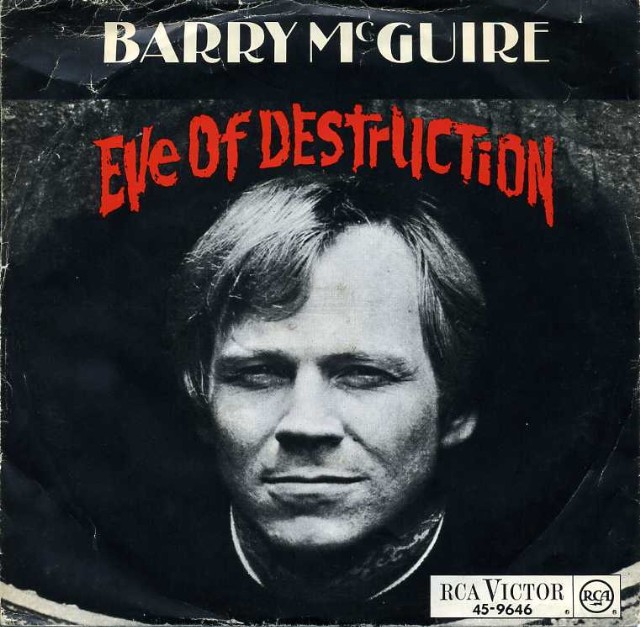 “Eve Of Destruction” was a protest song written by folk singer P.F. Sloan in late  1964- this was around the time President Johnson was labeling his opponent in the 1964 Presidential Election Barry Goldwater- a madman who would destroy the world- remember the little girl and the daisy commercial? The song was presented to the Byrds but they rejected it- The Turtles recorded it and it came out as a single around the same time as McGuire’s version and only went to #100. McGuire did have the best of musicians playing on his song- The Wrecking Crew- which included drummer Hal Blaine. It seems like he played on half the #1 hits of 1965. Barry McGuire would be a one hit wonder-this was his only Top 40 hit. He would later be a singer-songwriter of contemporary Christian music. He is still living-at 84.