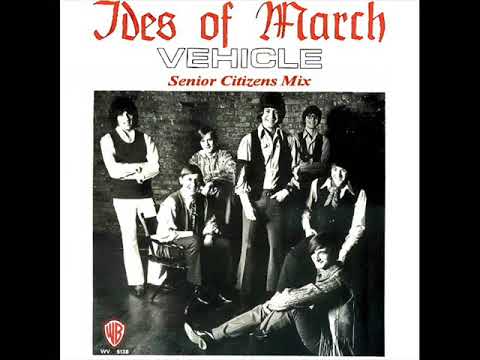 The Ides Of March were a rock band from Chicago- Jim Peterik  the vocalist guitar player and songwriter for the group later was the keyboardist for Survivor.  The Ides Of March had 5 Hot 100 hits from 1966-70 this is the only one to make it to the Top 40. When I saw the title I thought – Have I ever heard this one before? A few seconds in- sure I have a number of times. I just didn’t know the name of the song or who did it. Tom Jones also did a bang up version of “Vehicle.”