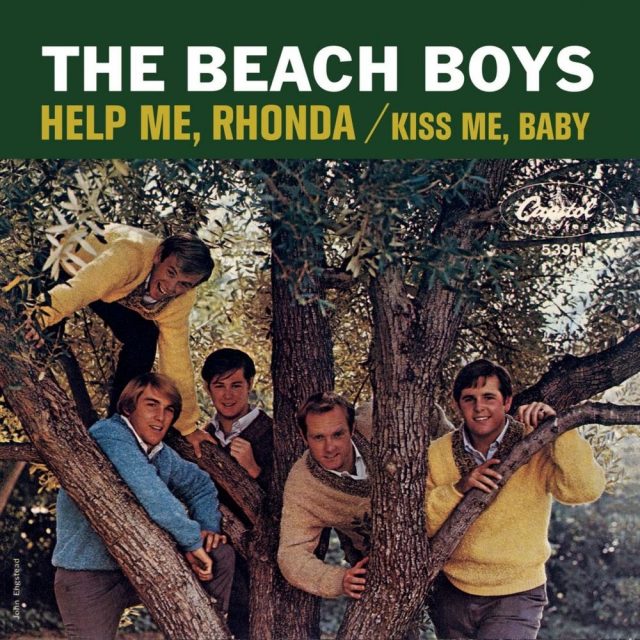 “Help Me, Rhonda”- is the second of four Beach Boys #1 hits. 1964- “I Get Around”- 1965- “Help Me, Rhonda” 1966 ” Good Vibrations”– and then the awful “Kokomo” in 1988. ” Help Me, Rhonda” was the only big Beach Boys hit which was sung by Al Jardine. According to Brian Wilson- “Rhonda” wasn’t a real person. Backing The Beach Boys were members of The Wrecking Crew-including Glen Campbell on guitar, Leon Russell on piano and the ever present Hal Blaine on drums- another of Blaine’s #1 hits he played on. At the first session of “Help Me, Rhonda” a drunken Murry Wilson [father of Brian, Carl and Dennis} broke in and criticized the bands performance and enthusiasm- which pushed the sensitive Brian to a breaking point where he confronted his father.