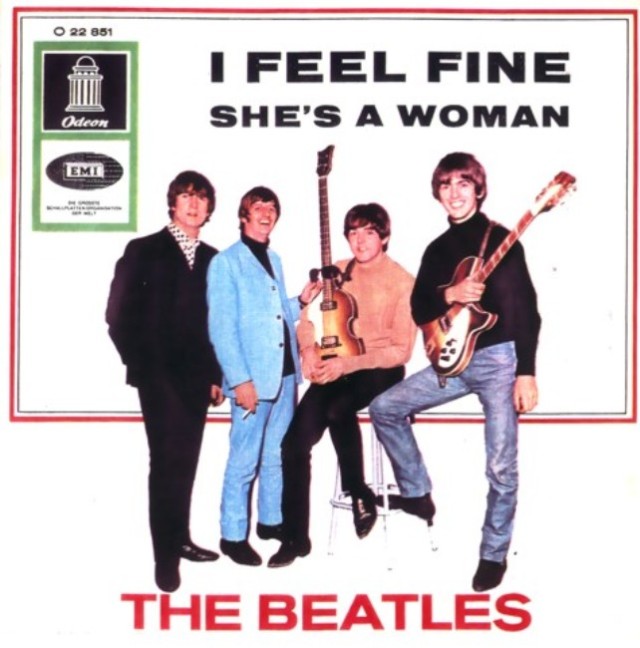 The Beatles 6th #1 hit in that magical year of 1964. “I Feel Fine” was the final #1 hit on the Billboard Hot 100 for 1964- and it carried over into 1965 as the #1 hit. While the song is credited as a Lennon-McCartney song it was written by John Lennon who was the dominant writer of the pair in 1964. The single is first remembered for the opening in which The Beatles use feedback- one of the earliest uses of feedback. It also marks a beginning of The Beatles evolution in their records- leading the way for the big break through in their sound- with Rubber Soul in 1965. Both John and George later said that the riff on “I Feel Fine” was influenced by Bobby Parker’s “Watch Your Step” and Paul has said that the drums were inspired by the 1959 Ray Charles single “What’d I Say.”