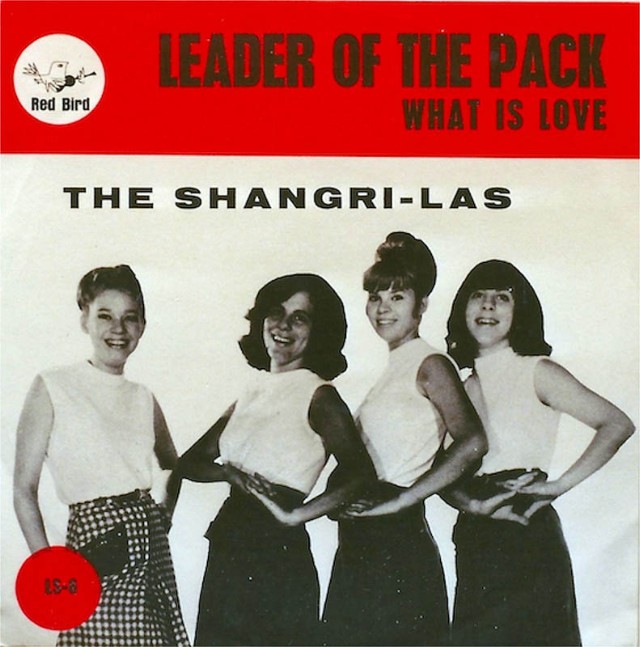 The run on excellent #1 hits in 1964 continues- when I think of this song though I don’t think of hearing the entire song but I think back on when I was a youngster and the song was a part of one of those records sold over the television where they would play a little short clip of the song- the part with the roaring motorcycles and breaking glass.

The Shangri-Las were formed in 1963-at Andrew Jackson High School in Queens, New York. The group consisted of two sets of sisters- the Weiss and Ganser sisters. The girls were teenagers when they were signed by record producer George “Shadow” Morton. They had their first success with “Remember {Walking In The Sand} a #5 hit in 1964. The Shangri-Las had a reputation as a ‘bad girl” group- possibly growing up in New York City had something to do with that.