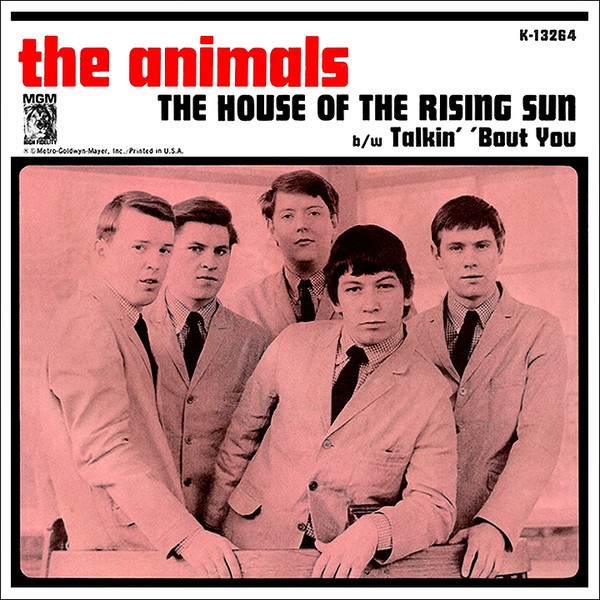 The Beatles had landed at #1 with their first #1 in early February- The British invasion had begun- Peter and Gordon would be the second British act to go to #1 in June with a Paul McCartney written song- it wasn’t until September when another British group went to the top- The Animals with “The House Of The Rising Sun.” The song was a traditional folk song with uncertain authorship. It has been recorded as far back as 1933 by Appalachian artists Clarence “Tom” Ashley and Gwen Foster. Also recording it over the years -Woody Guthrie, Leadbelly and on his debut album which consisted mostly of covers- Bob Dylan in 1961. Andy Griffith had even recorded it in 1959 on an album Andy Griffith Shouts The Blues and Old Timey Songs.

“The House Of The Rising Sun” was the first Top 40 single by The Animals- and while they would go on to have 14 Top 40 hits- mostly in the mid 60’s- it would be their only single to go to #1. “The House Of The Rising Sun”- has been called the first folk rock hit. Rolling Stone ranked the song at #112 on their 500 Greatest Songs Ever list and The Rock and Roll Hall of Fame listed it as one of the 500 Songs That Shaped Rock and Roll.