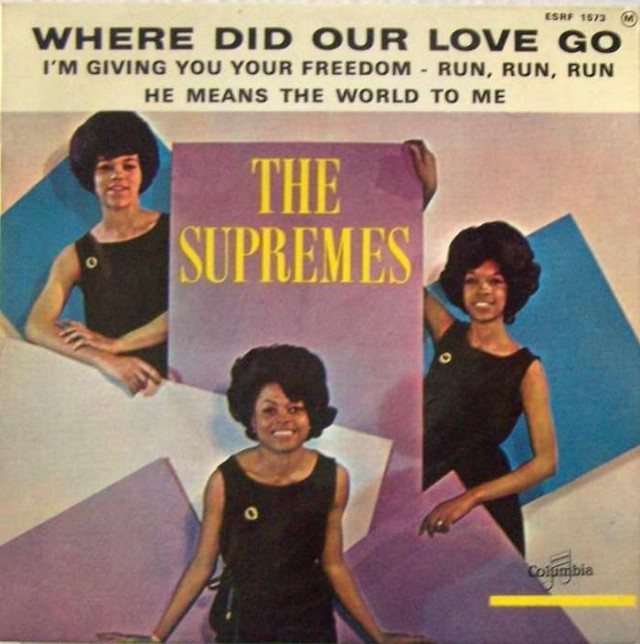 The Supremes got off to a slow start on the chart- their first six singles released in 1962-63- only one made the Top 40- “When The Lovelight Starts Shining Through His Eyes” a modest #23. All the others were in the lower reaches of the Hot 100- one didn’t even crack the Hot 100. Then in mid 1964- along came “Where Did Our Love Go” it would become the first of a dozen #1 hits that The Supremes would have during the remainder of the 1960’s. During one run from “Where Did Our Love Go” until mid 1967- they had 13 singles released and 10 went to #1. The songwriting team of Holland-Dozier- Holland wrote all the singles during that incredible run.  You can look at the charts and see The Supremes start to flounder a bit on the charts when Holland-Dozier- Holland left.  Of course one problem with Holland-Dozier- Holland writing all those hits- at least to me they started to sound a lot alike. I am not a big fan of The Supremes- but “Where Did Our Love Go” I’d rate as one of their best. The musicians backing The Supremes on this single the ever present Funk Brothers.