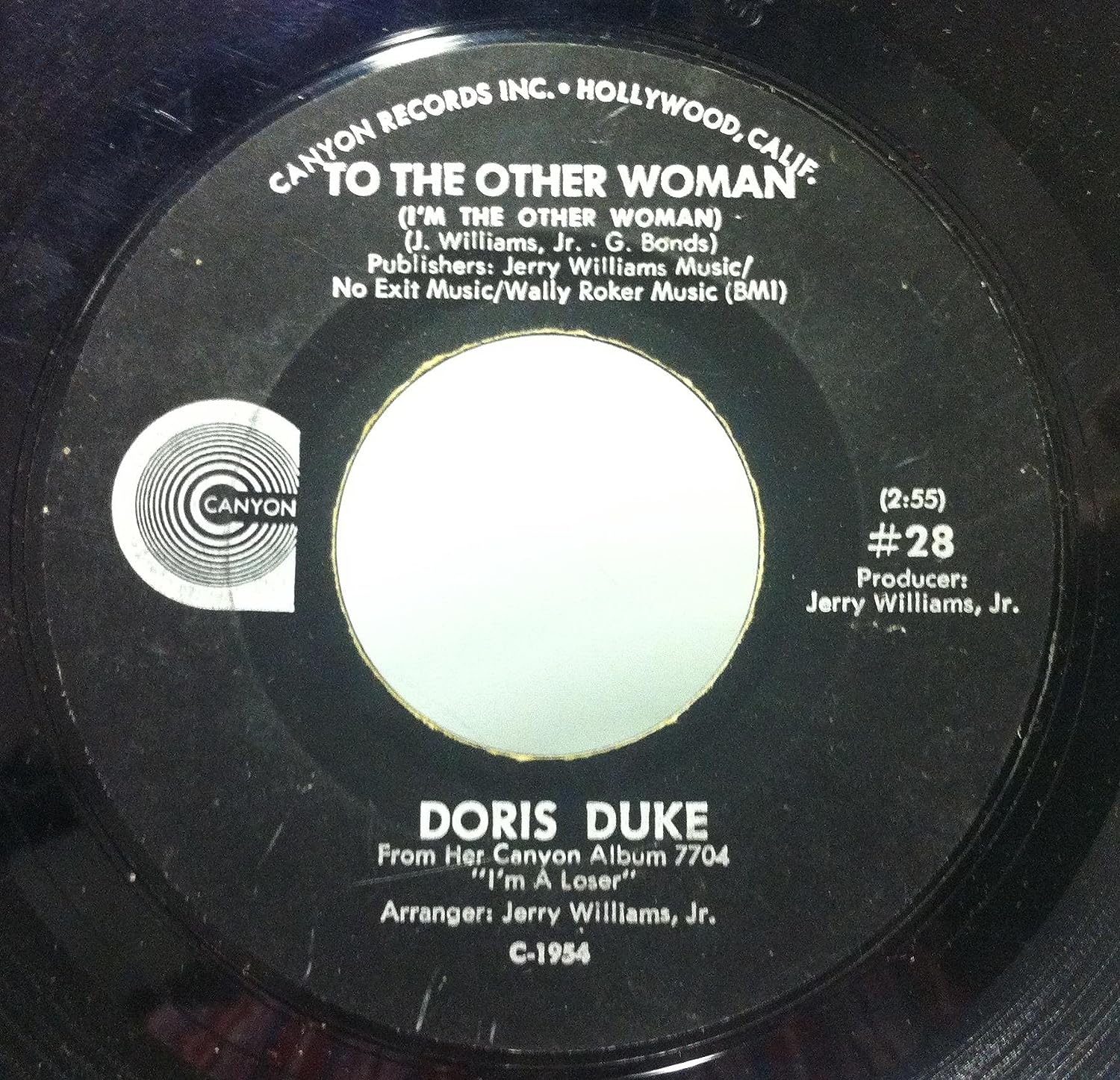 Doris Duke was an R&B singer from Sandersville, Georgia. She had 2 Billboard Hot 100 singles but none of them made the Top 40. She died last March at the age of 77. “To The Other Woman” was more successful on the R&B singles chart where it reached #7.