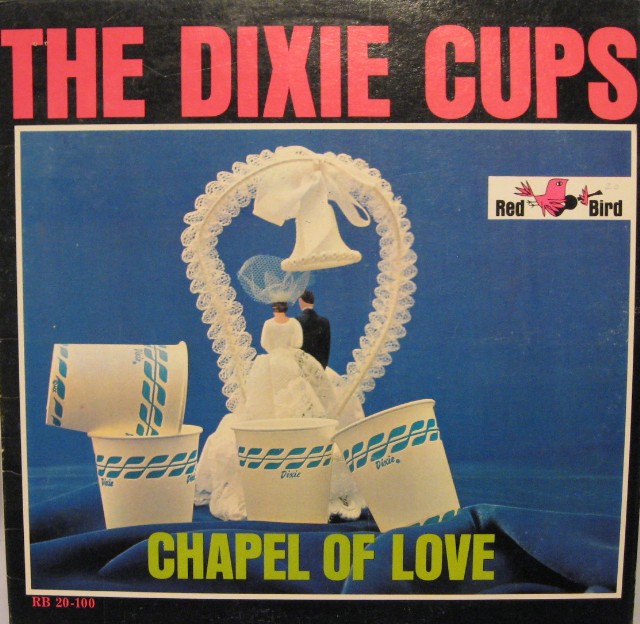 During the heights of Beatlemania- this outstanding single got to #1 and kept the spot for three weeks. Two of the songs songwriters- Jeff Barry and Ellie Greenwich had gotten married and a year after the marriage they wrote this song. Barry and Greenwich brought the song to super producer Phil Spector. Spector tried the song out with Darlene Love but wasn’t happy with the results. He was going to turn to The Ronettes but before he could Barry and Greenwich had went to Lieber and Stoller. The song would go to a vocal group two sisters and a cousin from New Orleans- The Dixie Cups. Spector was pissed but he did get a songwriting credit on the song. Lieber and Stoller co-produced the single. The Dixie Cups would not be a ‘one-hit wonder”- but their first hit “Chapel Of Love” would be their biggest hit. They had 4 Top 40 hits 1964-65.  Rolling Stone magazine ranked “Chapel Of Love” at #279 on their 500 Greatest Songs Ever list.