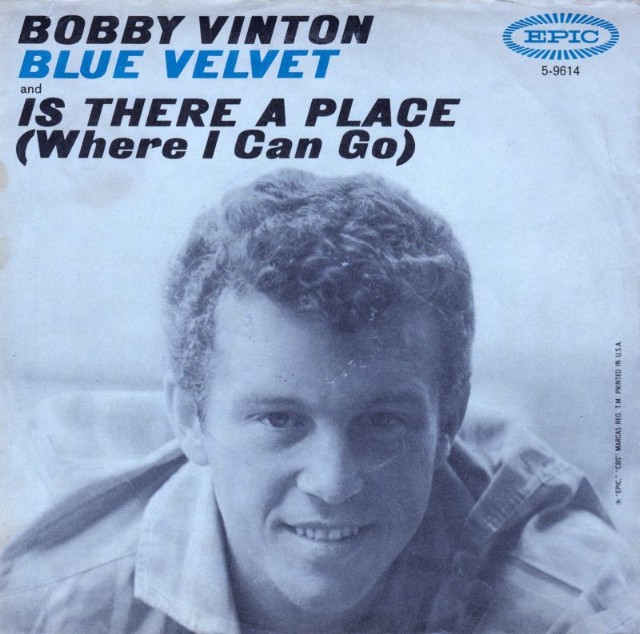 Has a song appearing in a movie changed how you view the song? I can’t hear “Blue Velvet” without thinking of the creepy 1986 David Lynch movie “Blue Velvet”- and also from that movie- every time I hear “In Dreams ” by Roy Orbison I think of the same movie.  I have always been a reader of reviews- and I can’t think of many movies that had ratings from the critics like Blue Velvet did- it seemed like it got either 1 star or 4 stars and nothing in between. You loved it or hated it. I loved it.

“Blue Velvet” was originally a hit back in 1951 for Tony Bennett. It was covered by The Clovers and The Statues before Vinton recorded it and has been recently covered by Lana Del Ray. Vinton recorded it in 1963 because he thought it would be cool to record an album with titles with ‘Blue” in them. I am not much of a Bobby Vinton fan but I do enjoy this one.