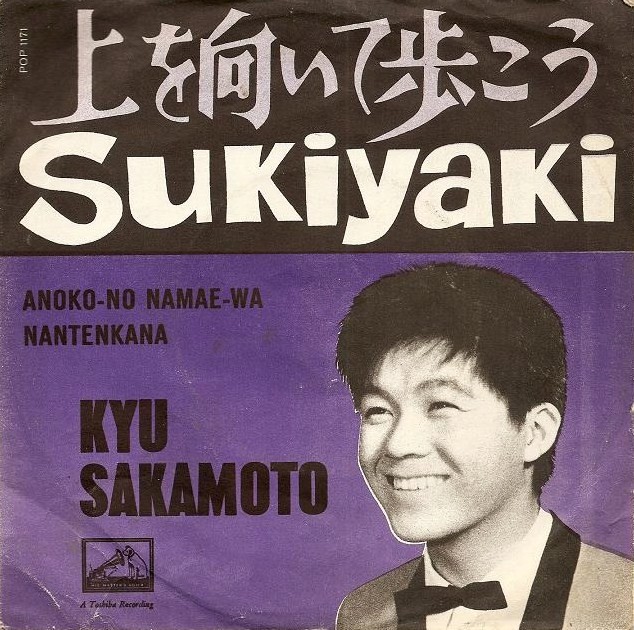 The single “Sukiyaki” sold over 13 million copies worldwide. It was Kyu Sakamoto’s only Top 40 hit in the U.S. The lyrics were written by a Rokosuke Ei while walking home from a student demonstration against continued US military presence in Japan.  Ei was expressing his frustrations in the failed demonstration. The instrumental version of the song would be played by NASA over the radio for the Gemini VII astronauts as mood music- becoming one of the first pieces of music sent to humans in space. In 1981 the R&B group A Taste Of Honey would change the lyrics and take their single of it to #4 on the US Billboard Hot 100 Pop chart.

Kyu Sakamoto the Japanese crooner who sang the original hit- was killed in the crash of Japan Airlines Flight 123 on August 12, 1985 in which 519 others were killed- the deadliest single aircraft accident to date. Sakamoto was 43 years old.