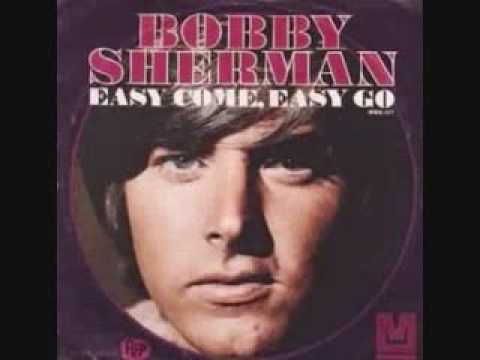 Bobby Sherman was one of the teen idols of the late 60’s early 70’s. He was also an actor appearing as Jeremy Bolt on TV’s “Here Comes The Brides.” Sherman had ten Hot 100 singles with 7 making the Top 40- of which made the Top 10. His window was from 1969-71 and then it was over. Note- In the early 1960’s actor Sal Mineo wrote two songs for Sherman and arranged for Sherman to record the songs. In 1964 Mineo asked Sherman to sing with his old band- this lead to Sherman getting a gig on the show Shindig! as cast member/ house singer. After the music ended for Sherman be became a paramedic and then a police officer.