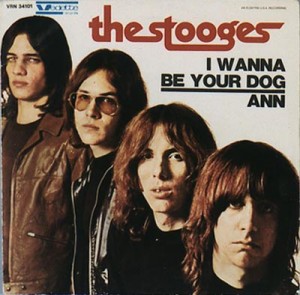 I Love The Smell of Punk In The Morning- “I Wanna Be Your Dog”- The Stooges.

The term punk rock wasn’t being used in 1969 when The Stooges self-titled debut album came out- but the Ann Arbor, Michigan band has to be considered with their raw style and the antics of their front man James Newell Osterberg Jr- as among the fathers of punk. The Stooges- aka Iggy and The Stooges only put out three albums back in the day- 1960- The Stooges, 1970 Fun House and 1973- Raw Power. Rolling Stone ranked “I Wanna Be Your Dog” at #438 on their 500 Greatest Songs Ever list. It has also been featured in a number of movies. The song and the band would have a big influence on the punk music to come in the mid 70’s.