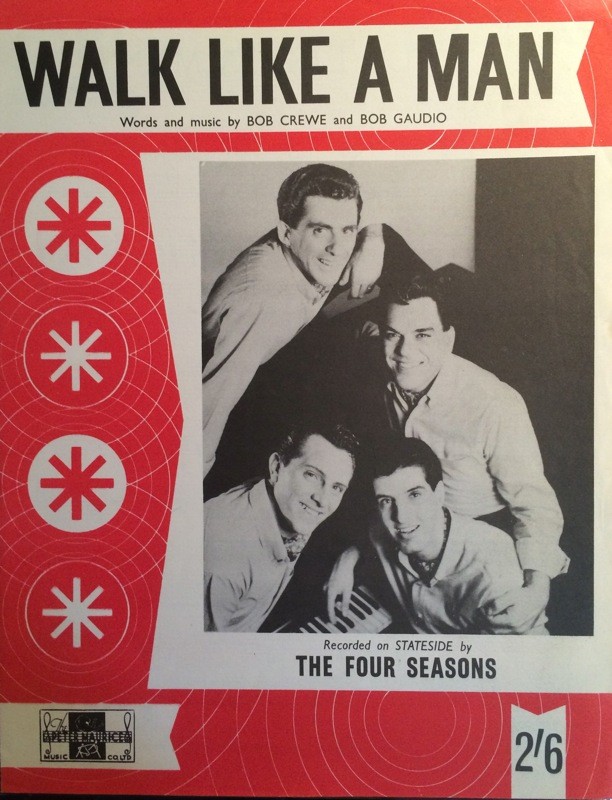 While I still find Frankie Valli’s falsetto annoying- this their 3rd #1 in less than a year isn’t as annoying as “Sherry” or “Big Girls Don’t Cry.” I have an acquaintance whose favorite group is The Four Seasons. When he taught every year one day he’d bring in his Four Seasons albums- he had them all and try to indoctrinate the students. He didn’t like The Beatles- we would generally leave the subject alone. I knew why he hated The Beatles- it wasn’t their music as much as they arrived and The Four Seasons popularity faded as a result. I was in charge of the morning news- and for 15 minutes before the news began and the students were arriving etc- I would play music over the intercom. One day for him I even played a few Four Seasons songs- as painful as that was. “Walk Like A Man” was listed by the Rock and Roll Hall of Fame as one of the 500 Songs That Shaped Rock and Roll.

During the sessions that produced the hit recording, the fire department received an emergency call from the Abbey Victoria Hotel (the building that housed the Stea-Phillips Recording Studios). As producer Bob Crewe was insisting upon recording the perfect take, smoke and water started to seep into the studio; the room directly above the studio was on fire, but Crewe had blocked the studio door. He continued recording until a few firemen used their axes on the door and pulled Crewe out.