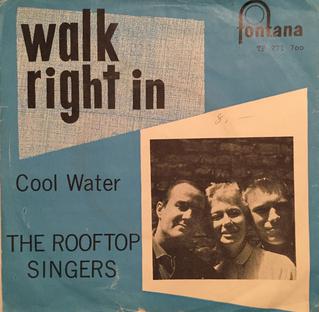 “Walk Right In” was an old song- it was originally written as a country blues song and recorded by Gus Cannon in 1929. The song would rejuvenate the career of Cannon who was in his 70’s at the time. The one great thing about the Rooftop Singers hit with his song is- he was in bad shape financially- having had to pawn his banjo the previous winter to pay his heating bill.  He would record again with Stax after his old song became a hit. His last recording had been in 1930.  He would live until 1979- when he died at 96- although his date of birth is questionable.  I will include his original version- which is better.