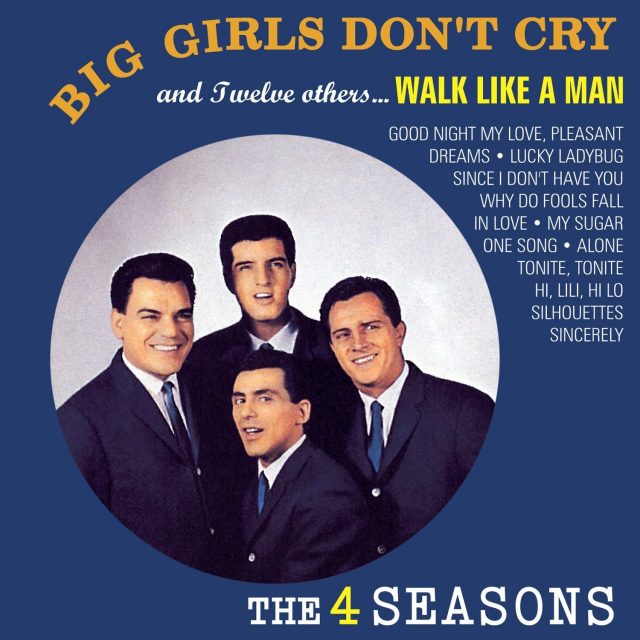 After spending 5 weeks in September- October at #1 with “Sherry”- The Four Seasons returned to #1 for 5 weeks again with ‘Big Girls Don’t Cry.” Songwriter Bob Gaudio said he was inspired to write this- walking up from falling asleep while watching television one night- the movie Tennessee’s Partner starring John Payne, Rhonda Fleming and Dutch Reagan. Payne’s character slapped Fleming’s character and said “Big girls don’t cry.” He wrote it down on a piece of paper- then went back to sleep and wrote the song in the morning. The problem seems to be the other songwriter Bob Crewe tells a different story- he said that he was the one who woke up after falling asleep watching television and got the line from the movie Slightly Scarlett. Crewe’s version sounds more believable since that line isn’t in- Tennessee Partner but is in Slightly Scarlett. The world would have been much better off it they both would have just kept sleeping. They had better taste in the UK where “Big Girls Don’t Cry” only managed to get to #13.