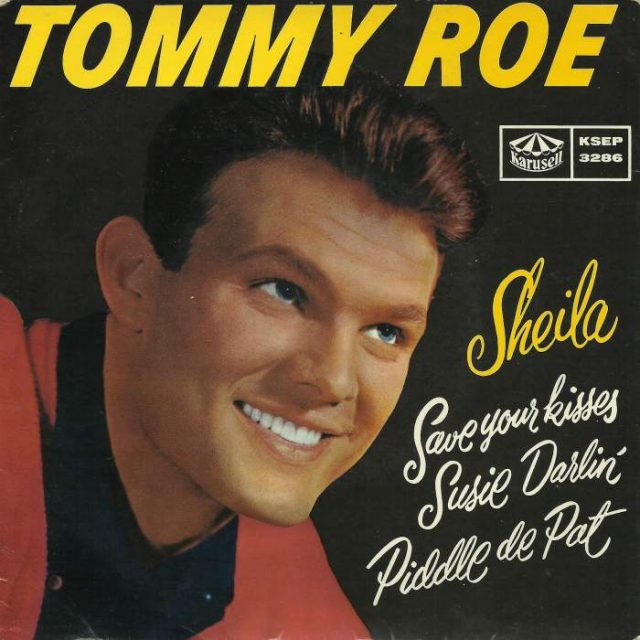 Tommy Roe had 2 #1 hits- and they were seven years apart- “Shelia” 1962 and “Dizzy” in 1969. “Shelia” was the first Hot 100 hit for Roe who was twenty at the time. Roe was from Atlanta, Georgia. He had written the song as “Frida”  while in high school. Record executive suggested a name change for the song and his Aunt Shelia happened to be visiting the family at the time- so the song became “Shelia.” It was released as a single in 1960 and went nowhere.  The new version which became the #1 hit was done in the Buddy Holly/ Lubbock. Texas style. It does have that Buddy Holly sound down pretty well.  He was working as an electrician when ‘Shelia” hit. The single went to #3 in the UK Singles Chart.

Tommy Roe had 22 Hot 100 hits from 1962-73 with 11 making the Top 40. Roe announced his retirement from the music industry in 2018. He is married to French actress Josette Banzet who won a Golden Globe Award in 1976 for Best Supporting Actress for the television mini-series “Rich Man, Poor Man.”