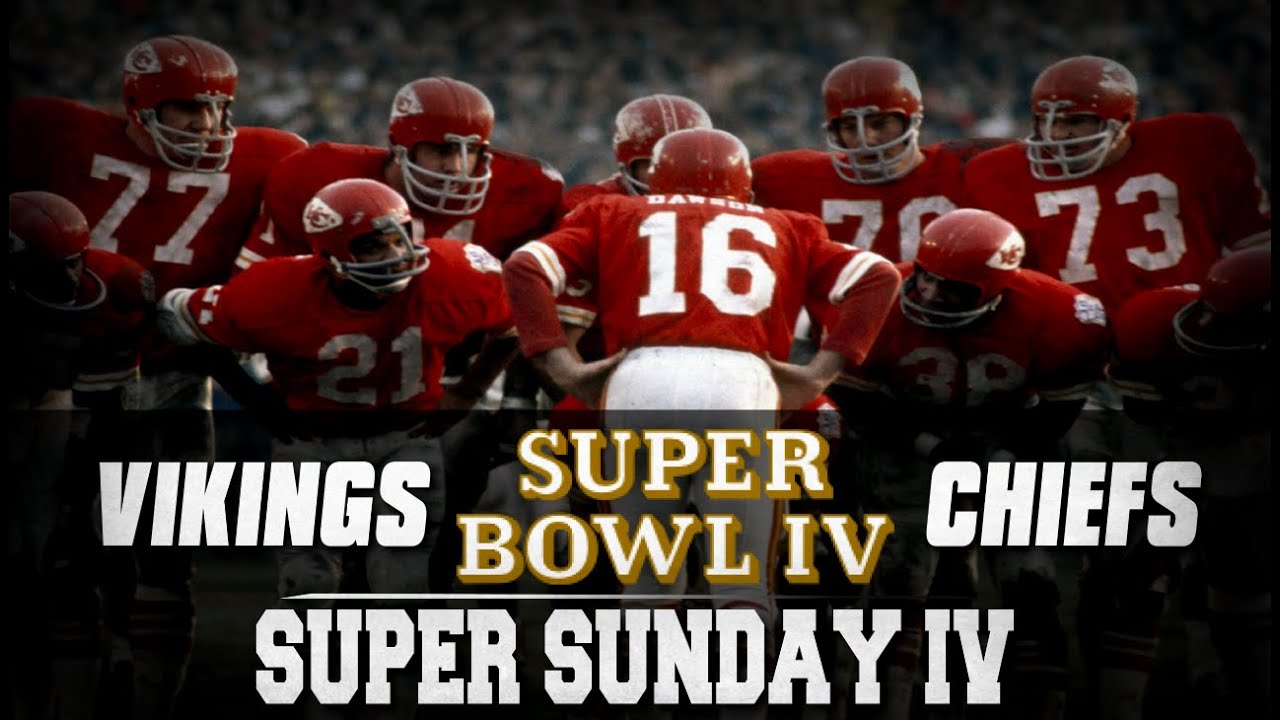 Super Bowl IV- the NFL Champions the Minnesota Vikings who were 12-2 during the regular season before beating the Los Angeles Rams 23-20 and the Cleveland Browns in the NFL Championship 27-7 earning their way to their first Super Bowl. In The AFL- the Kansas City Chiefs went 11-3 in the regular season and defeated the defending Super Bowl Champion New York Jets 13-6 and in the final game in AFL history-their arch rivals the Oakland Raiders 17-7.

Even though the New York Jets had shocked the world by defeating the Baltimore Colts in Super Bowl III- most football experts were still not giving the younger league- the AFL respect. The Jets win was still being looked at as a fluke. Minnesota went into the game as a 12 1/2 to 13 1/2 point favorite.

The game wasn’t much of a game. I have fuzzy memories of Super Bowl II and I can clearly remember watching Super Bowl III and the big Jet upset but Super Bowl IV is the one first one which I watched as a fairly knowledgeable fan. The only Super Bowl I have missed out on is Super Bowl I.

In looking back why in the world did anyone think the Vikings had a chance in this? The Chiefs lead by Head Coach Hank Stram and Quarterback Len Dawson and a smothering defense when all was said and done only gave up a total of 20 points in their three post season games won 23-7- and it really wasn’t even as close as the score. How good was the Chief defense? 6 of their 11 starters would eventually become Hall of Famers. 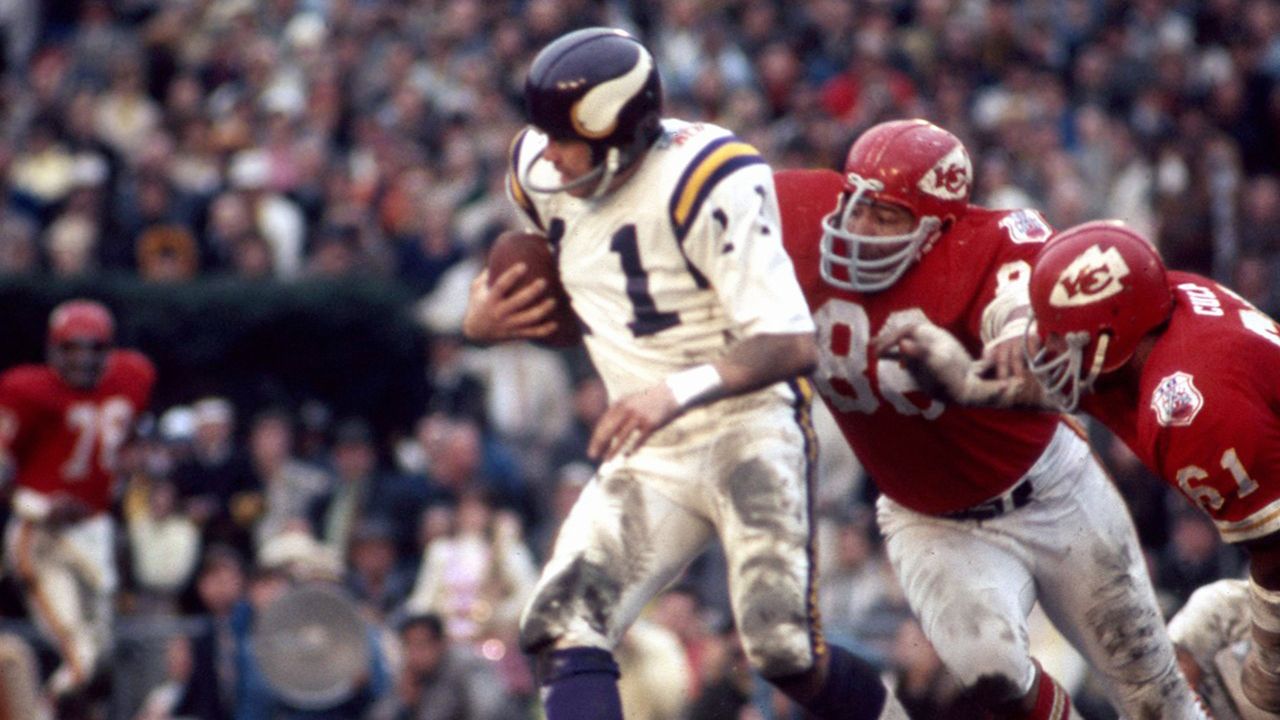 The first three scores of the game came on field goals by another future Hall of Famer- kicker Jan Stenerud who kicked three field goals of 48, 32 and 25 yards to give the Chiefs 9-0 lead. The back breaking play came on a play called Toss Power Trap- with Chief running back Mike Garrett running it in from 5 yards to put the Chiefs up 16-0 at the half. In the second half both teams scored a touchdown- the most memorable being the 46 yard touchdown pass from Len Dawson to Otis Taylor. Chief quarterback Len Dawson won the games MVP Award. By today’s standards his stats for the game look pretty pedestrian- 12 out of 17 for 142 yards  1 touchdown and 1 interception. It is too bad they couldn’t just give the award to the Chief defense. 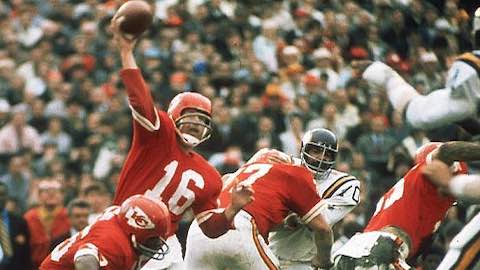 Below is the highlight film of Super Bowl IV- well worth watching just for the comments of Chief coach Hank Stram who was wired up for the game.