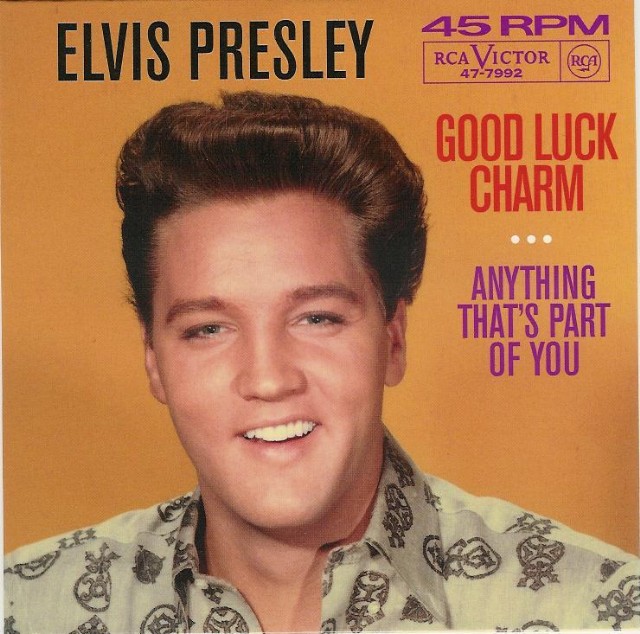 “Good Luck Charm” also a #1 hit on the UK Singles Chart in 1962- and on re-release in the UK in 2005 went to #2. This was Elvis’s 17th #1 hit on the Billboard charts- he would only have one more- “Suspicious Minds” in 1969. I don’t think this is all that great of a song but Elvis was able to have a big hit with it. The policy of Elvis’s manager Colonel Tom Parker [He was no Colonel and his real name wasn’t Tom Parker } of only letting Elvis record songs from inferior songwriters who would sign over the publishing to him would start to take its toll. Why Elvis put up with Parker’s shenanigans is beyond my understanding.