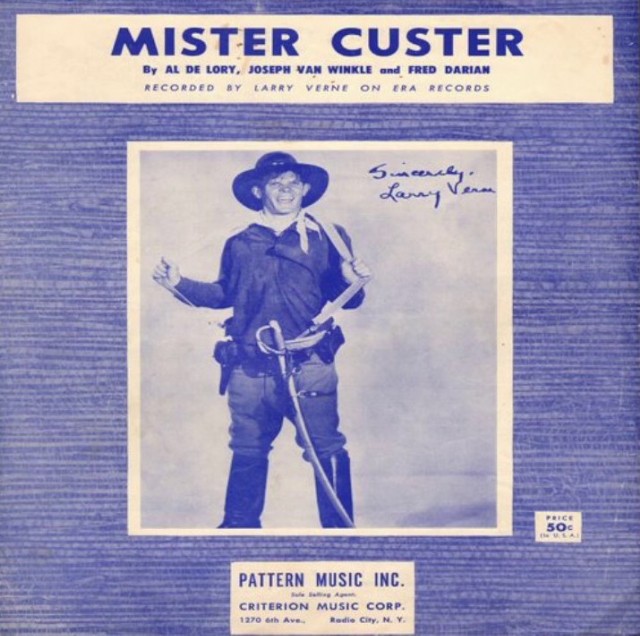 Born Larry Van Erickson- Larry Verne  was a photo studio worker turned singer by coincidence. The three songwriters who wrote this novelty song worked in the same building as Verne and selected him to do the song because of his Southern drawl. The song is about a soldier’s plea to General Custer before the Battle of Little Big Horn. In 1964 Verne attempted another Custer single “Return Of Mr. Custer” but his moment had passed- it failed to chart. Verne’s only other chart success was the follow up to ‘Mr. Custer”- “Mister Livingston” also written by De Lory, Darlan and Van Winkle- it peaked at #75. After the career in music fizzled Verne moved to California and spent 35 years building Hollywood film sets. He died at the age of 77 in 2013 after years of failing health.