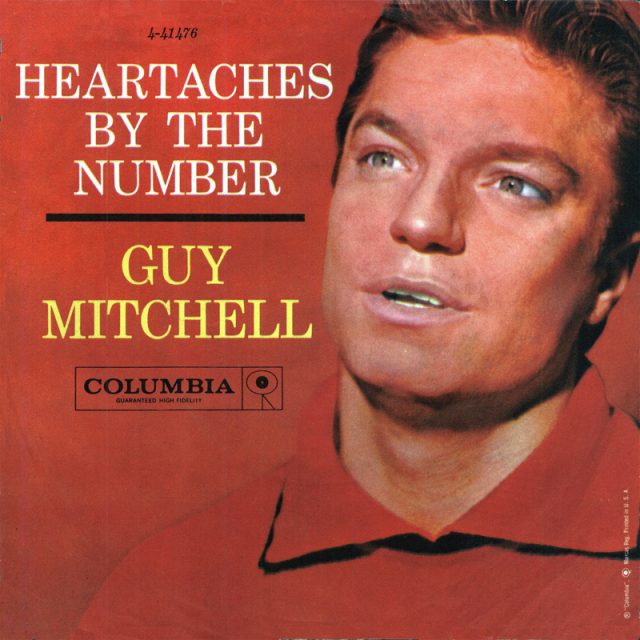 “Heartaches By The Number” has become a much covered standard over the years written by the legendary country song writer Harlan Howard- this version by Guy Mitchell has had the most chart success of them all. Others who have covered it- Ray Price, Buck Owens, George Jones, Willie Nelson, Waylon Jennings, Jerry Lee Lewis, Dwight Yoakam even Der Bingle- Bing Crosby covered it. Ray Price’s version-the one I am most familiar with was a #2 country hit in 1959. The Ray Price version is far superior in my opinion.