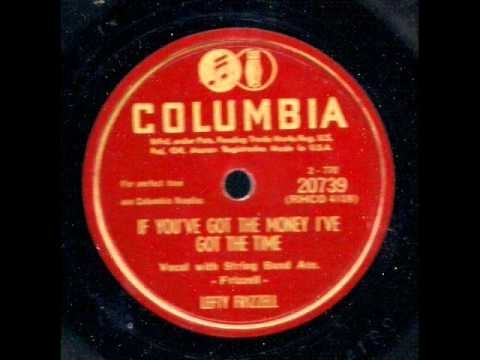 Three Chords and The Truth: Essential Country Music Songs: “If You Got The Money I’ve Got The Time”- Lefty Frizzell. The debut single in 1950 by Lefty Frizzell and was the second song he recorded during his first session he recorded at Jim Beck Studios in Dallas. The first song he recorded that day was another classic “I Love You A Thousand Ways”- the two songs were released as a double sided single in September 1950. “If You’ve Got The Money I’ve Got The Time” a honky tonk classic was written by Frizzell and Jim Beck- Beck had earlier tried to pitch the song to country star Little Jimmy Dickens who didn’t care for it. Both sides of the single would go to #1 in the country singles charts. In the early years of the 1950’s- Hank Williams and Lefty dominated the charts and the jukebox. In 1976 one of the young fans who Lefty had a big influence on in the 1950’s- Willie Nelson had a #1 hit with his cover of  “If You’ve Got The Money I’ve Got The Time.”

One response to “THREE CHORDS AND THE TRUTH: ESSENTIAL COUNTY MUSIC SONGS: “IF YOU GOT THE MONEY I’VE GOT THE TIME”- LEFTY FRIZZELL”