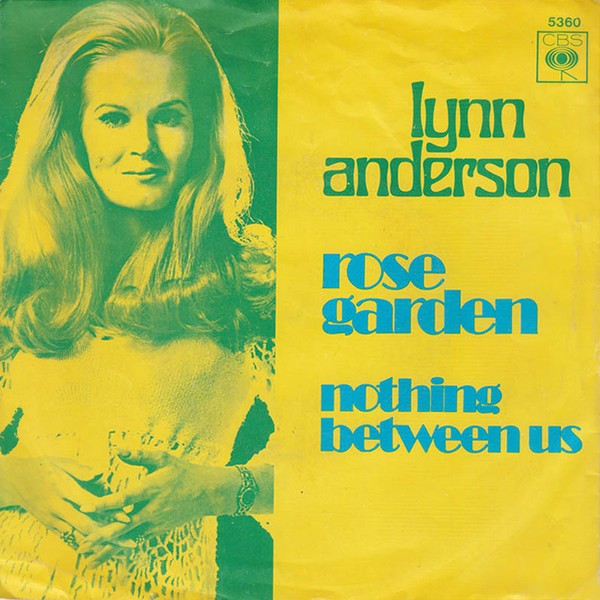 Three Chords And The Truth: Essential Country Music Songs:”Rose Garden”- Lynn Anderson. This is one of those songs I remember hearing quite often on the radio while going on trips with my grandparents back when I was young. It was not only a big hit on the country music charts-where it went to #1 and stayed there for 5 weeks- it was a pop hit too- peaking at #3 on the Billboard Hot 100 in late 1970. I was surprised a decade later when I bought a Joe South’s Greatest Hits album and found out that he had written it. I shouldn’t have been that surprised because it’s a great song and in the late 60’s early 70’s Joe South was one of the best songwriters of the moment. The song was produced by Anderson’s husband noted country producer and songwriter Glenn Sutton. Lynn Anderson would say of her signature song”I believe that ‘Rose Garden’ was released at just the right time. People were trying to recover from the Vietnam Years. The message in the song—that if you just take hold of life and go ahead, you can make something out of nothing—people just took to that.”

“Rose Garden” was originally released by Billy Joe Royal in 1967- Dobie Gray would release it in 1969 as a single in 1969 and it would fall short of the Hot 100. Lynn Anderson’s version as mentioned was a huge crossover hit in American but it was also a huge hit all over the world- #1 in Australia, Belgium, Canada, Finland, Germany, Ireland, New Zealand, Norway, Switzerland. It made the Top 5 in the Austria, UK, Netherlands and South Africa. Joe South was nominated for two Grammy’s for Best Country Song and Song of the year and Anderson won for Best Female Country Vocal Performance.