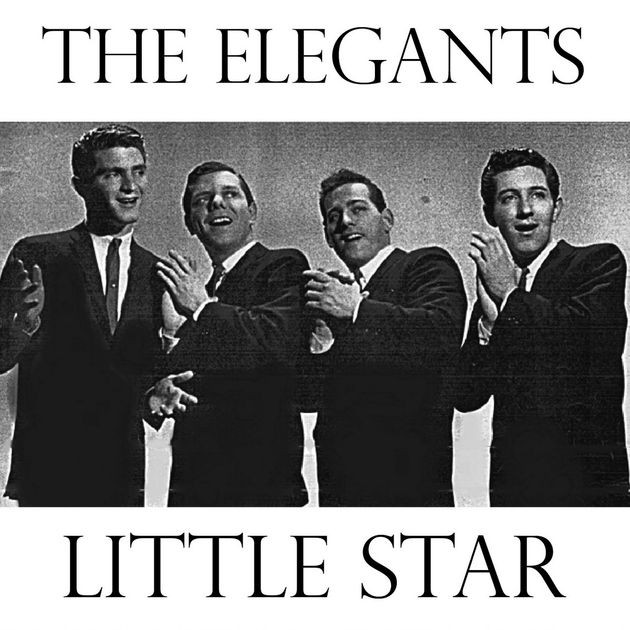 “Little Star” by The Elegants- a prime example of a one hit wonder. It also went to #1 on the R&B charts. It peaked at #25 on the UK Singles Chart. The music to the song was adapted from “Twinkle, Twinkle, Little Star.” The Elegants were a group from South Beach, Staten Island, New York. Although all the members were in their teens when they had their hit- they never had another one. There was always talk that they refused to pay payola to a big name NYC disc jockey and that effected their future released from being played.