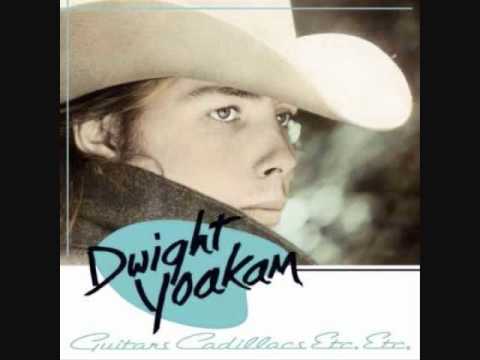 Three Chords and The Truth: Essential Country Music Songs: “Guitars, Cadillacs”- Dwight Yoakam. 1986 was a great year for country music debuts- March 5 Steve Earle’s “Guitar Town” was released, March 12th came Dwight Yoakam’s “Guitar’s Cadillac’s, etc..etc.” I can’t find a date on it but Lyle Lovett’s debut was released that year and in June Randy Travis’s outstanding “Storms Of Life.” I don’t know if I could rank them in order of greatness – all four have been favorites over the years. County music likes to talk about the Class of 1989 with The Anti- Hank, Alan Jackson, Clint Black and Travis Tritt- but there is no comparison- while the class of 1989 has had more ‘hits” and sold more albums the class of 1986 are far superior as artists.