The clues to Paul is Dead- exploded on The Beatles most famous album- Sgt. Pepper’s Lonely Hearts Club Band. I don’t know how many hours I spent in my teenage years studying this album for clues. I got one of my copies out- if you have the album- I”d suggest you find it and follow along- if not there is the album posted above.

Hold a mirror up to the exact middle of the bass drum that features the “Sgt. Pepper” logo, horizontally, and it spells out “I ONE IX HE DIE.” This refers to the date of Paul’s death — November 9th. 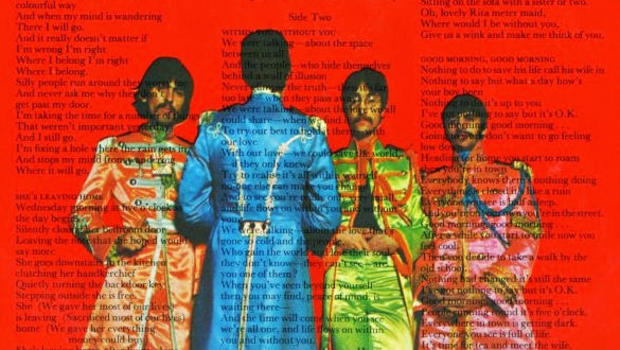 Next we will have the Magical Mystery Tour album where the plot thickens even more.

12 responses to “HERE’S ANOTHER CLUE FOR YOU ALL: THE PAUL IS DEAD RUMOURS- SGT. PEPPER’S LONELY HEARTS CLUB BAND”