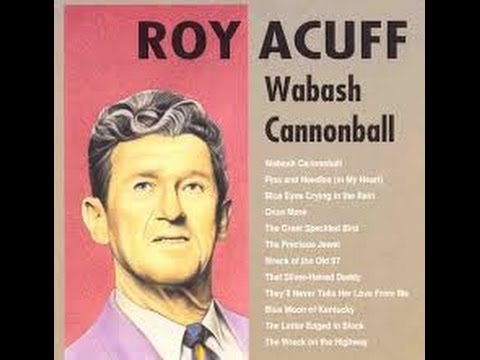 Three Chords And The Truth: Essential Country Music Songs: “The Wabash Cannonball”- Roy Acuff. While I am not all that taken with the overall music of Roy Acuff- he was alright- I just don’t see what the fuss was all about- “The Wabash Cannonball” is without question a country music standard. Many artists as far back as The Carter Family have recorded it but Roy Acuff’s version recorded in 1936 was a big seller- selling over 10 million physical copies which is mind blowing when you consider the era. The Rock and Roll Hall of Fame has “The Wabash Cannonball” as one of its 500 Songs That Shaped Rock and Roll- and is the oldest song on that list. The song is credited as written by J.A. Roff way back in 1882. One of my first memories of the song- back in the 1970’s on the coverage of Monday Night Baseball for a year or so they would bring back old baseball announcers each week to join the broadcast- and the great Dizzy Dean made a couple appearances- and would sing “The Wabash Cannonball.”