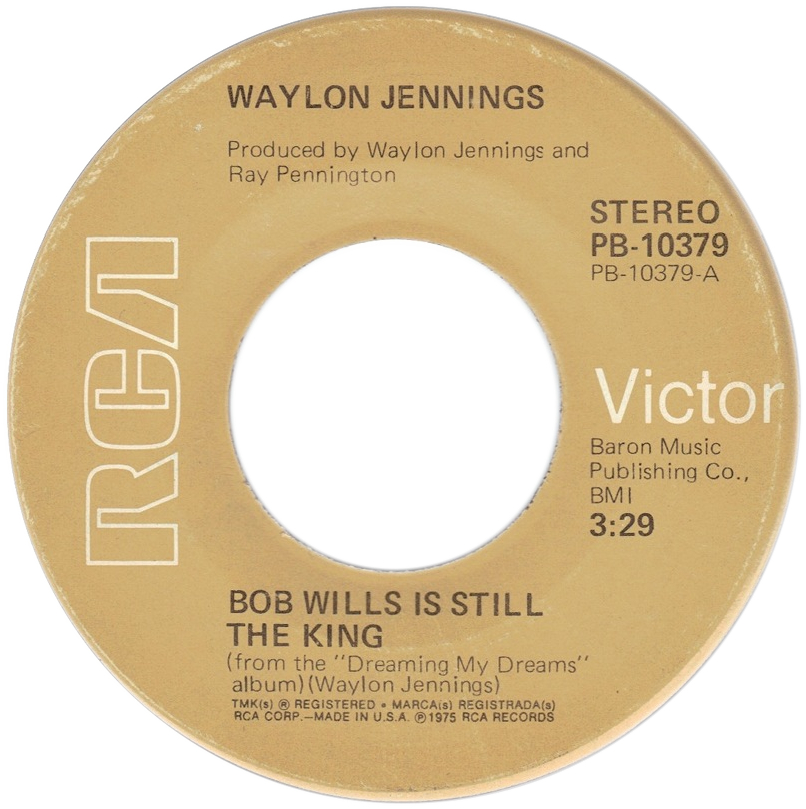 Three Chords and The Truth: Essential Country Music Songs: “Bob Wills Is Still The King” was a tribute song by Waylon Jennings to Bob Wills- written and released in 1975 on Waylon’s “Dreaming These Dreams” album.  It was the b-side to his classic “Are You Sure Hank Done It This Way.” While the a-side went to #1- the b-side also got considerable radio airplay.  Bob Wills had died earlier in 1975 before the release of the song. Wills has been cited as a major influence to both Waylon, Willie, Merle Haggard and countless other artists.