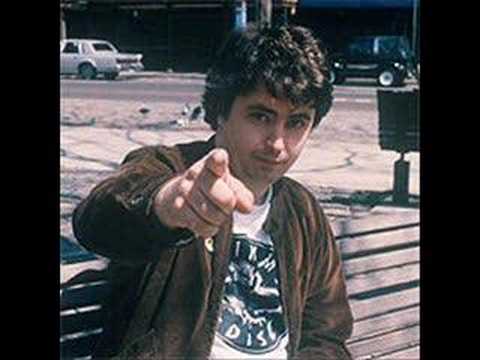 Another fine article on my friend Daniel. I like that it focuses on his music. I have always felt privileged to have been there in that basement when his music all began First he was just beating on a piano. He had no lyrics and I asked him why {I think the first music he wrote was called “Dead Dog’s Eyeball Theme” it was just music. He said he couldn’t write lyrics. So for a very brief time I wrote some lyrics and he put them to music. Then he started writing his own lyrics. After going over one evening and hearing the 3 or 4 new songs he had written- my days of writing bad lyrics for him was over- his stuff was just so outstanding. Great memories of going over in the evening- and listening to the songs he had written that day. The songs were just pouring out of him.  He wrote from his experiences. He could inspiration anywhere and everywhere. Also no one not even Pattie Boyd has had as many songs inspired as Dan’s unrequited love Laurie.  His songwriting battling average was Ted Williams like. I can only think of a couple songs from those days that weren’t flat out great- and those were ones where he didn’t write from his experiences. The past few decades were difficult- he suffered with mental illness most of his adult life. As someone commented last week- he flourished as an artist not because of his mental illness but in spite of it..

Attached an obit from Pitchfork.