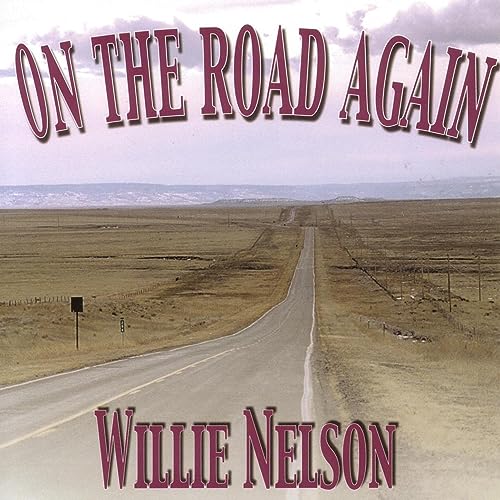 The Sounds of Summer- Day 84/95- “On The Road Again”- Willie Nelson. This is a song I associated with summer because the majority of vacations I have been on- have been during the summer. Willie Nelson wrote this song and it is one of this most recognizable songs- it was a #1 country hit and #20 on the Billboard Hot 100 Pop chart. It also won him a Grammy for Best Country Song. Like Willie, I love being on the road. It must have been a gene that was passed on from my grandfather who along with grandma would take me on vacations with them growing up- and it wasn’t the vacation where you went to one place- stayed  there for a week and came home- it was a vacation where you went from point A to point B one day- and point B to point C the next- a traveling vacation. Those are the kind of vacations I still take. My grandfather loved travel for travels sake. He didn’t really care where he was going just so he was going. For example the day after school ended in 1976- at 3am- they picked me up at the bottom of the  hill where we lived- and he had an atlas in his hands and asked “Where do you want to go?” I was 15-at the time. I asked him “Where can we go?” He said “Wherever you want?” I said “How about out west?” That’s where we went for the next couple weeks. {My other grandfather- who died when I was in my  mid -20’s- was happy never go to anywhere. I can’t recall him ever not being at home at the end of a day. It’s not that he didn’t have the ways and means of travel- he just was content at home.}