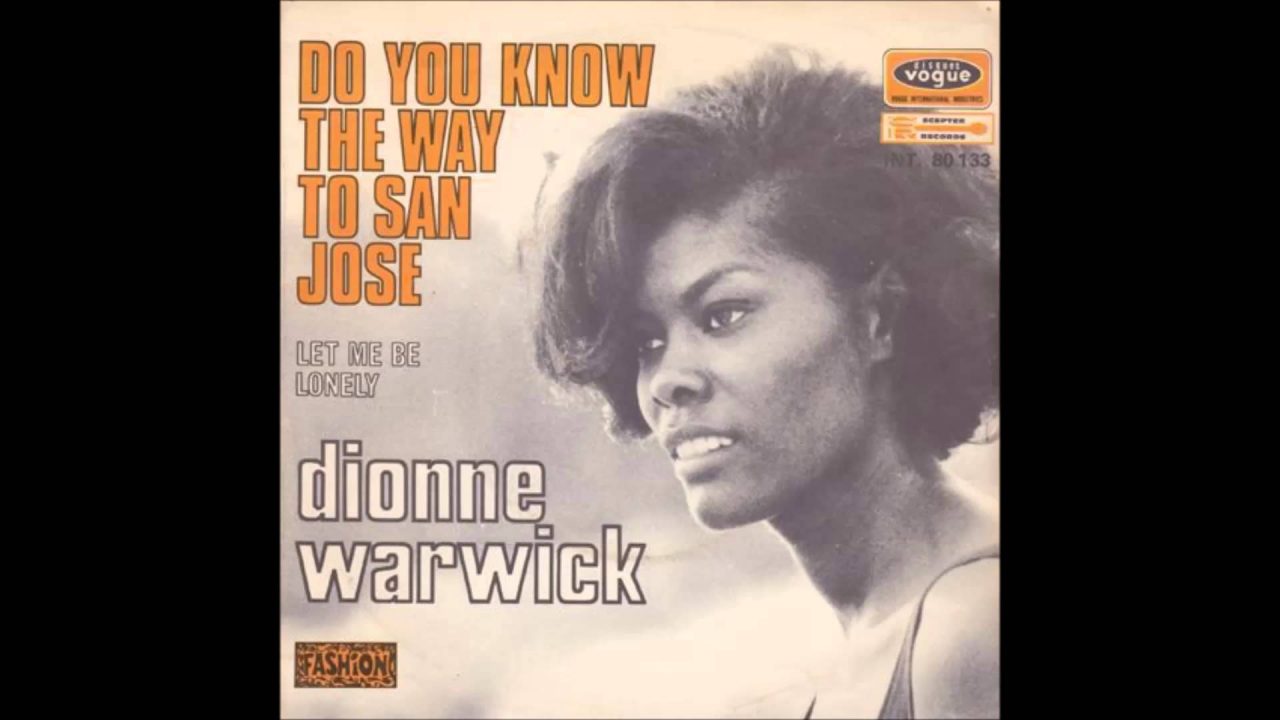 This Must Be The Place- “Do You Know The Way To San Jose”- Dionne Warwick. The combination of Burt Bacharach and Hal David writing songs covered by Dionne Warwick was money in the bank in the late 60’s. Of the hits they had together this is my favorite. The song went to #10 in 1968 and won Dionne Warwick her first Grammy- for Best Female Pop Performance. Burt Bacharach had written the music first then Hal David wrote the song about a woman who failed to make it in Los Angeles and was coming back to her San Jose. Hal David had been stationed in San Jose when he was in the Navy. How many times have you heard this story? Dionne Warwick didn’t like the song and had to be convinced to record it. She said in the 1980’s”It’s a dumb song and I didn’t want to sing it. But it was a hit. I’m happy these songs were successful, but that still doesn’t change my opinion about them.” I think she is wrong- it’s a great song.

13 responses to “THIS MUST BE THE PLACE: “DO YOU KNOW THE WAY TO SAN JOSE”-DIONNE WARWICK”