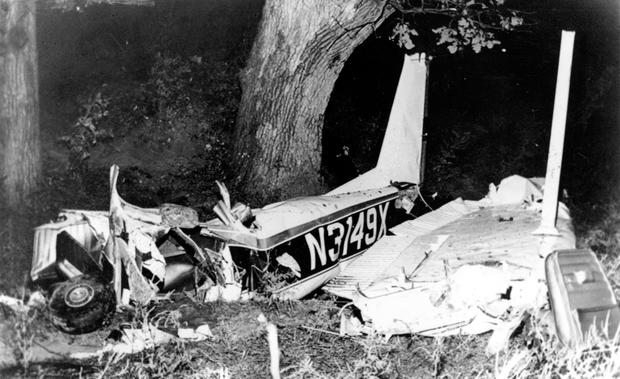 Hans Remembers- A tragic day- Sunday August 31, 1969- the only undefeated heavyweight boxing champion in history Rocky Marciano was killed in a crash of a Cessna 172 that was taking him from Chicago to Des Moines. The Cessna was flying at night- ran out of fuel as it approached Des Moines. An emergency landing was attempted by the pilot at Newton, Iowa but struck the ground two miles short of the runway at 9:05pm that evening. The crash came on the eve of Marciano’s 46th birthday- he was born on September 1, 1923.

Rocky Marciano born Rocco Francis Marchegiano in Brockton, Massachusetts  had a career record of 49-0 and retired as champion in 1956 after holding the World Heavyweight Championship for four years. He was known for his relentless fighting style in the ring- great punching power and a durable chin. His knockout percentage was 87.76 percent- 43 of his 49 wins were by knockout. He was rather small for a heavyweight at 5’10 1/2″ and around 188 lbs. Marciano beat Jersey Joe Walcott on September 23, 1952 to win the title and defended his title six times before retiring at the age of 32. How would he have done against the other great heavyweights in history? Of course we will never know. You can’t take his undefeated record away from him he was a great champ. He did beat Joe Louis in 1951 but Joe Louis was in his late 30’s and done as a fighter at the point. BoxRec ranks him as the 8th greatest heavyweight of all time. That is probably about right.