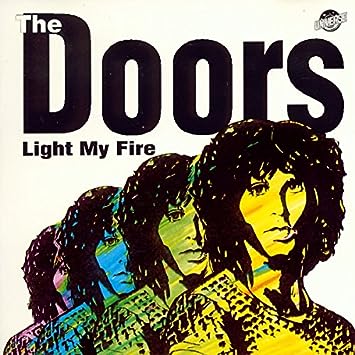 The Sounds Of Summer: Day 66 of 95: “Light My Fire”- The Doors. The Summer of Love was full of great music. The Beatles album “Sgt. Pepper’s Lonely Hearts Club Band” was released in the final week of May that year and was a dominating turntables that summer. One of the singles from that summer that rank as one of the greatest songs from that summer both in popularity and quality has to be “Light My Fire” the first big hit- and what would be in the end the biggest hit single in The Doors career. It spent 3 weeks at #1 on the Billboard Hot 100- the last week in July and the first two weeks in August. It was on the chart all summer. Having no memory of the radio that summer I would have to imagine if you turned a radio on for any length of time chances are you heard “Light My Fire.” Below- the album version of the song and the shorter single version.