Hans Remembers- 50 years ago today- In what turned out to be the final Beatles photo shoot- at John Lennon’s house and grounds at Tittenhurst Park in Sunninghill near Ascot, Berkshire where John and Yoko Ono had recently moved. At the time they didn’t know going in that this would be it- the final time they would all be together as a band- after this the times they would be together would be business oriented. As Ringo would later say  “It was just a photo session. I wasn’t there thinking, ‘OK, this is the last photo session.’
It had to be clear though to all the band members that the end was nearing. 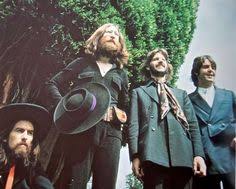