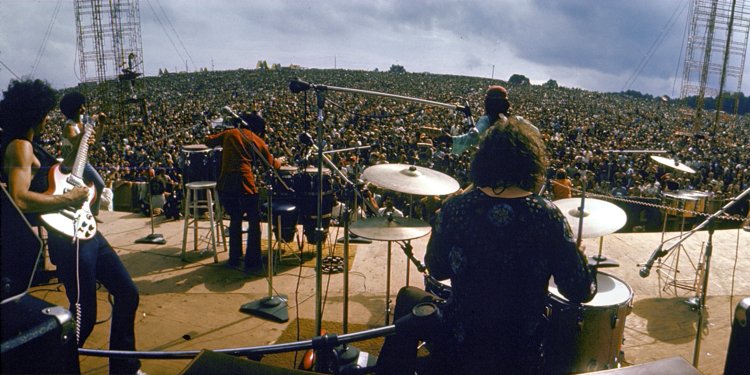 Hans Remembers- Day 2 at the Woodstock Music and Arts Fair -Saturday August 16, 1969. Friday had been folk music day. While there was a big crowd there already- around 200,000 had shown up- Saturday promised to be even bigger- it was when the rock and roll performers would be on stage- and the people kept streaming in. Early on Friday the promoters realized there was no way in the world they were going to collect any more ticket sales than what had been done ahead of the festival–the fences that had been put up had been trampled over. What are you going to do ask thousands to leave the field and then re-enter and pay? That wasn’t going to happen so they did the smart thing making it a free festival and then going with the flow of things. Friday was a success. The final performer was Joan Baez who took that stage at 1am. After Joan everyone was encouraged to find a little space and get some sleep. 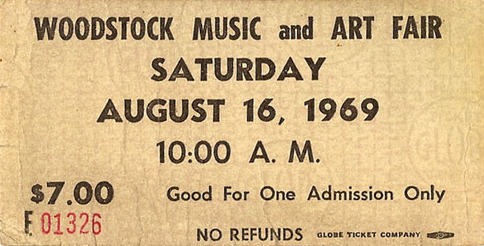 Saturday’s music line-up began at 12:15pm with a group from New England named Quill. They played a short set of four songs then Country Joe McDonald came on and played a half hour- the highlight being his anti-war anthem “I Feel Like I’m -Fixin’ To Die Rag. At 2pm came Santana- we all know Santana today of course but at the time Santana was unknown their first album was just coming out that month. They were a hit with the crowd -“Soul Sacrifice” with the big drum solo [ I hate drum solos} the crowd dug it.  In all there would be ten performances on Saturday with the artists ranging from the obscure to the famous. John B. Sebastian, Keef Hartley Band, The Incredible String Band, Canned Heat, Mountain – with The Grateful Dead and Creedence Clearwater Revival finishing up the day -CCR started their set around 12:30 Saturday night- Sunday morning. After CCR finished the music continued all night and into Sunday- I will cover that tomorrow on Day 3. 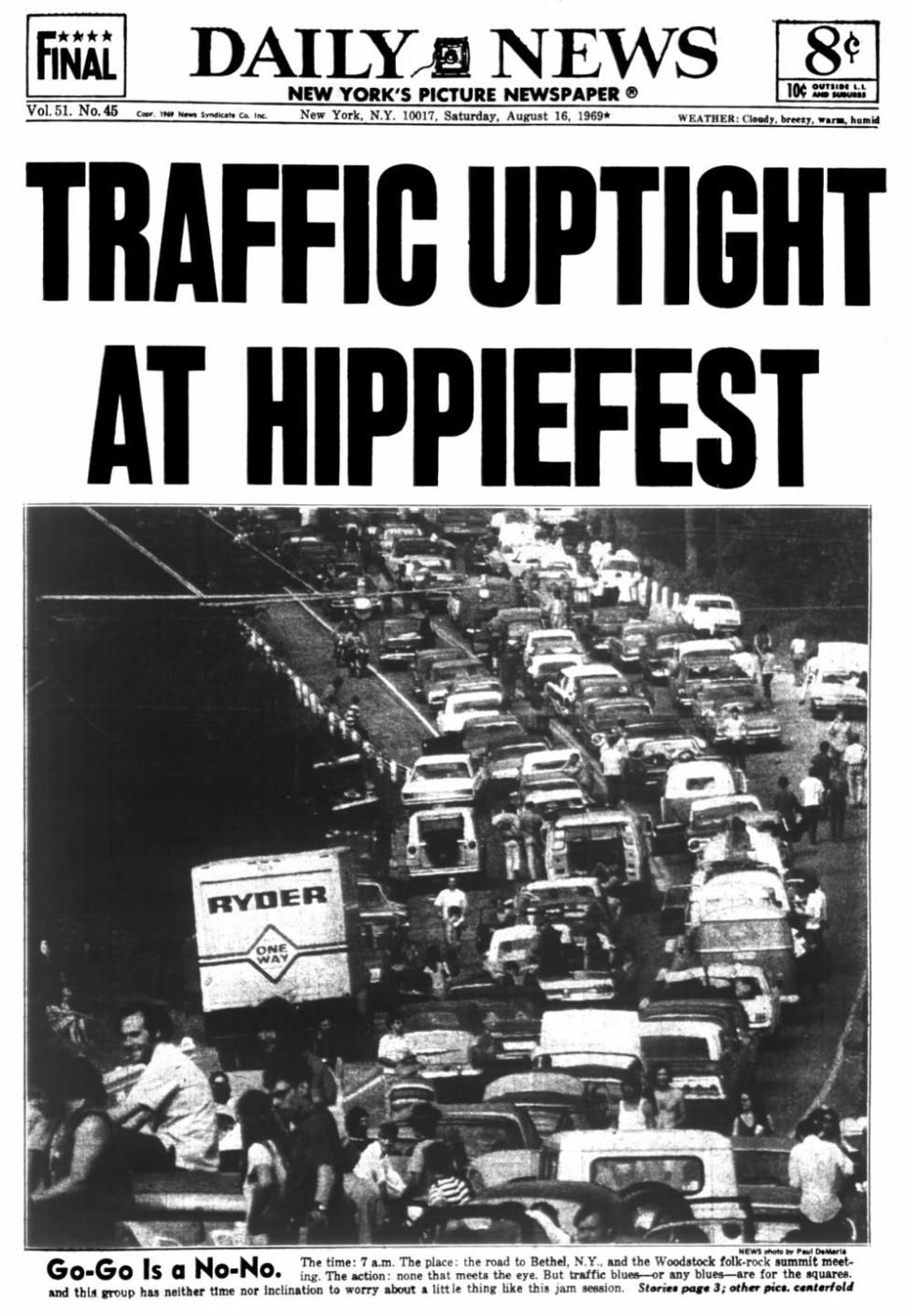 On Saturday the crowd swelled to an estimated 400,000. Imagine the problems they were having feeding, getting water to the crowd [ it was a hot August day after all and most of the crowd just came- they didn’t come prepared} but Woodstock to me seems a miracle and things worked out- the local community helped feed the crowd by donating canned goods, the NY state government brought in water and doctor’s to help meet medical emergencies- instead of bringing in the National Guard as they had threatened to do.