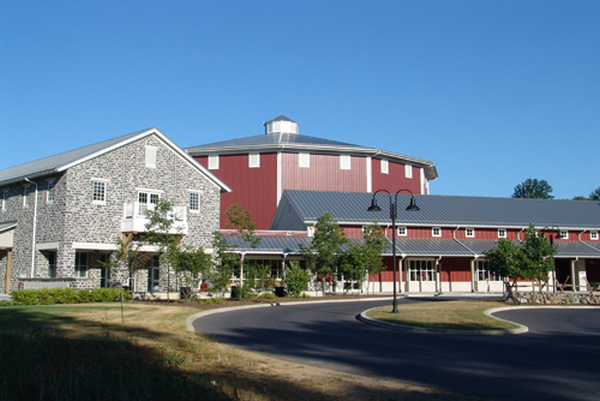 Going to start a new feature- something a little different- a multi-part series{ and I have no idea how many parts it will end up being} on Gettysburg.

Gettysburg is my favorite place in the world- without question. When my time is up I’ve told my wife I want to be cremated and have my ashes buried on Culp’s Hill on the battlefield. We have been coming to Gettysburg every year since 1997- that is twenty-three years in a row and it’s not like we make one visit a year- this year for example we have made four visits. There has only been one year- 2008 in which we made only one trip. One year we made nine trips. I don’t know our total over the 23 years but I would estimate we’ve been to Gettysburg a hundred to one hundred and fifteen  times. We live five hours away.  There is something about the place that is addictive. We never seem to get tired of going there. As soon as we get home from one trip we are talking about when our next trip will be.

I don’t know what it is with Gettysburg- I am not the only one ‘hooked’- there are a lot of Gettysnerds out there. Something about the place can just grab you. I don’t know what percentage of visitors though get hooked. I have an acquaintance who is into studying the Civil War- he not only reads a lot about it but has been a reenactor for a couple decades. He went to Gettysburg once over forty years ago- and has never been back. He lives like myself 5 hours away.  I don’t know why he hasn’t been back. I haven’t seen him in some time but when we talk about it he mentions he’d like to go back but – he never has. Maybe he just hasn’t caught the Gettysburg bug.

Not that everyone who goes to Gettysburg is a Civil War nut. I would guess most visitors do not fall into that category. The question can be debated forever as to -What was the most important battle of the Civil War– but it can’t be debated that Gettysburg is the most famous of all the battles. A lot of people go just to see what it’s all about. For them a weekend or even a full day would probably be enough  and they’d have no interest in coming back. Of course there are some who make the trip to Gettysburg and had very little interest in the Civil War or the battle and develop an interest which becomes fanatical.

The main reason people go to Gettysburg of course is to see the battlefield of the most famous battle of the war. The battle took place July 1st, 2nd and 3rd, 1863. The first thing a visitor should do is go to the Gettysburg National Battlefield Park Museum and Visitors Center. We always make the Visitor’s Center the first stop. One reason is to stop at the information desk and pick up a Today In The Park guide- below–

The- Today In The Park booklet gives you the daily schedule of what is going on at Gettysburg National Military Park as far as programs being offered- on what days of the week the program is offered and the time and place where the programs meet. In the summer -they have more programs offered because they have more help with summer interns and seasonal rangers coming in to help the full time crew. There were 20 different regular programs offered this summer- 13 of the programs were offered every day of the week. They also give you a Level Guide for each program- one cannon is a basic program-kind of an introduction. Two cannons- offer something a little more in depth and off the beaten path and a three cannons- is for the serious student of the battle of the Civil War. We have done them all- some multiple times. They also offer in the summer Battle Walks- which last a couple hours and involve a lot more walking than most of the programs.  They have separate information at the information desk on the Battle Walks- and any other special things they may have going on. They are always very helpful answering any questions you might have at the information desk- which you will see as soon as you walk in the Visitor’s Center.

This post is long enough and just begins to mention all that the Gettysburg National Battlefield Park Visitors Center offers- so I will break it all down in a number of posts instead of one extremely long post.