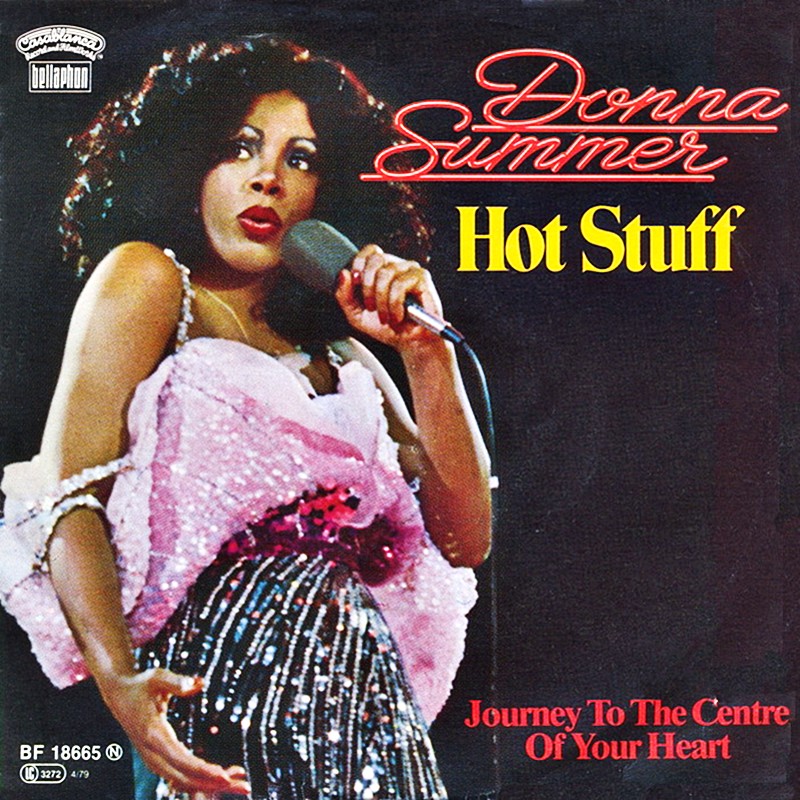 The Sounds Of Summer- ‘Hot Stuff”/ “Bad Girls”- Donna Summer. Can’t have a feature on summer songs without- Donna Summer. In the summer of 1979 it was impossible to turn on the radio without hearing these two singles “Hot Stuff” and “Bad Girls” both of which went to #1- and were two of Donna Summer’s greatest songs. 1979 the Summer of Summer- with “Hot Stuff” at #3 for three weeks first on June 2, then after losing the spot to The Bee Gees for the week- returned to #1 June 16th and 23rd. The follow up ‘Bad Girls” was #1 for 5 consecutive weeks July 14th to August 11th. Both songs were a switch musically for Summer from Disco to a more Rock sound -with “Hot Stuff” featuring Doobie Brother Jeff “Skunk” Baxter on guitar. These two single were to me the songs of the summer of 1979. And they turned me into a Donna Summer fan.