Every Entry Into The Billboard Hot 100 Singles Chart- 1969- Part 4. Of the three songs on today’s menu- all entered the Hot 100 the first week of the year- January 4, 1969. I had previously only heard “Games People Play” by Joe South. The three artists featured have a few things in common- they were all very successful musicians- but had only fleeting success as far as singles go- Nina Simone and Hugh Masekela both had only one Top 40 hit in their careers and Joe South only had two. 10. Ain’t Got No, I Got Life”- Nina Simone. RCA, Funk-Soul. This is a medley of two songs- Ain’t Got No and I Got Life- from the musical Hair. The songs lyrics were written by James Radd and  Gerome Ragni and the music by Gail MacDermot. It was on Nina Simone’s “Nuff Said” album. The b-side was “Do What You Gotta Do.” Nina Simone in her career placed  6 singles in the Hot 100 but only one reached the Top 40- ‘I Love You, Porgy” #18 in 1959. Simone was more of an album artist than a singles artist and her music  style was all over the place -R&B, jazz, gospel, folk, soul, classical. She was also very active in the civil rights movement. This single was a big hit in the UK where it reached #2- in the US Billboard Hot 100- it only reached #94 which is a shame- what a tremendous performance she gives on this one. Grade: A + 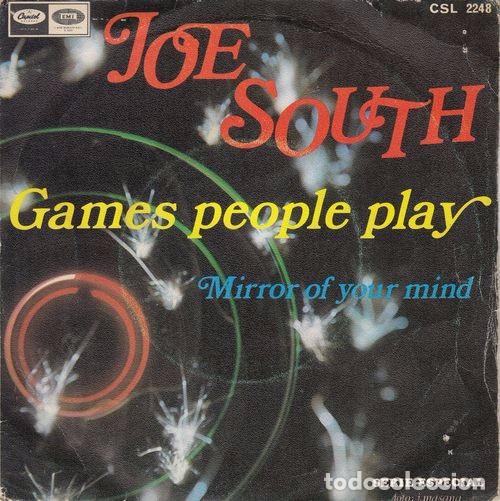 11. ” Games People Play”- Joe South. Capitol, Rock. Joe South’s “Games People Play” won two Grammy Awards- for  Best Contemporary Song and Song of the Year. It was written by Joe South and was on his debut album -the excellent “Introspect.”  Joe South had been a session musician- most famously playing on Bob Dylan’s “Blonde On Blonde” album before striking out on his own with a solo career. In the late 60’s he was one of the finest songwriters going- while he would only have 8 singles in the Hot 100 and 2 in the Top 40- Games People Play and Walk A Mile In My Shoes- both which peaked at #12- a number of his songs were hits with others- most famously “Rose Garden” by Lynn Anderson. The b-side to Games People Play is “Mirror Of Your Mind.” “Games People Play” got me immediately with the electric sitar opening. The lyrics to the song are as true today as they were fifty years ago. One of my favorite songs from 1969. Grade: A+

12- “Riot”- Hugh Masekela.Uni. Jazz Soul. An instrumental from the Father of South African Jazz Hugh Masekela. Masekela who died last year had a long and successful career in jazz which started in the mid-50’s and lasted until his passing at age 78. On the US Hot 100 he had 4 singles but only one reached the Top 40 that was a big one though a #1 hit in 1968 “Grazing In The Grass.” “Riot” was written by Hugh Masekela. The b-side was “Mace And Grenades”‘ “Riot” peaked at #55. Grade: B