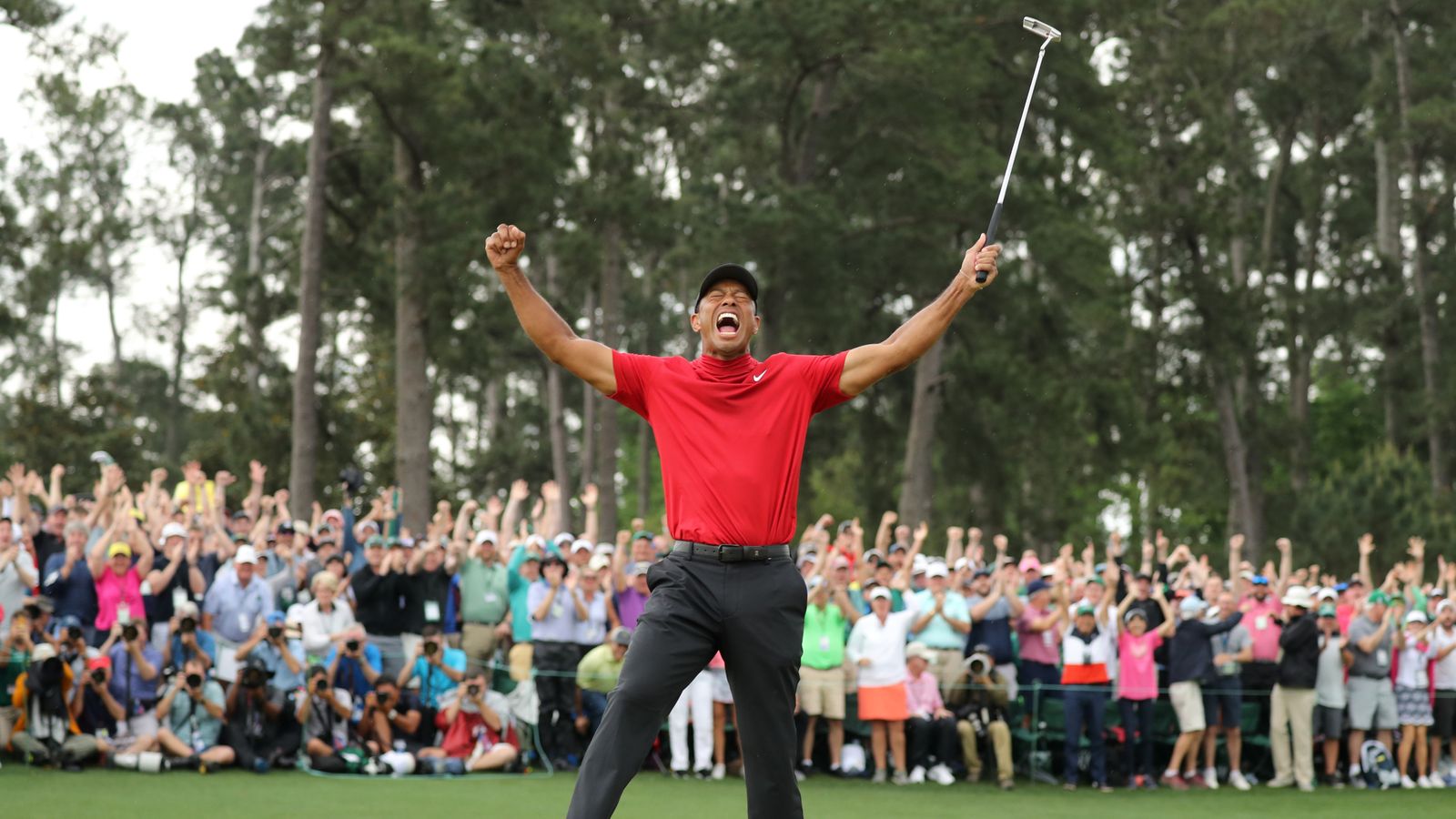 On Sunday Eldrick “Tiger” Woods won his first major golf tournament since 2008. An incredible comeback story at the age of 43. It wasn’t supposed to be this way.  Back in 2008 when Woods on the U.S. Open he was 32 years old and had won 14 majors. The record is 18 by Jack Nichlaus. He was not only expected to beat Nichlaus’s record but smash it. In golf -typically golfers peak in their 30’s. There were those predicting that by the end of his career Woods would have won 25-30 majors. {The Major golf tournaments are The Masters, U.S. Open, The Open aka British Open and PGA Championship} It certainly looked like he was well on his way but I can remember the Nichlaus himself saying how it would get tougher to do. Woods had been totally focused on his golf game- how long can you keep life out? Tiger god married in 2004, had two children and then a messy scandalous divorce. Tiger also had injuries to deal with-shoulder, ACL surgery, torn achilles, neck and back problems- just to name some of his issues. In 2009 he won 6 tournaments, no wins in 2010 or 2011, in 2012 he won 3 times and 2013 he won 5 times- none of those wins were Majors. He hadn’t won a tournament anywhere since 2013. 8 wins since this the end of 2009. He had won 8 tournaments in 206 alone. It is also interesting- at his peak a lot of folks were getting a little tired of him. People were kind of happy to see him struggle- at times he did seem a little full of himself. For a decade he was humbled. A lot of us who were happy to see him fall- were rooting for him yesterday. Yesterday he wins The Masters- his 15th Major victory and the first time he won a Major- while trailing going into the final round. A great sports comeback that few would have predicted– but this is about the greatest individual sports comeback- and to me- I can’t think of a greatest comeback than what another golfer did.

The man in the photo above may be the greatest golfer who ever lived. He would certainly be on the Mount Rushmore- with Nichlaus and Woods [the 4th on Mount Rushmore of Golf would be a great debate} Ben Hogan. On February 2, 1949- Ben and his wife Valarie were traveling early in the morning and were hit head on by a Greyhound bus. If he hadn’t thrown himself in front of his wife to protect her he would have been killed since the steering wheel punctured the drivers seat. Hogan was seriously injured and nearly died. Hogan who was 36 suffered a double fracture of the pelvis, a fractured collar bone, a left ankle fracture, a chipped rib and near fatal blood clots. He would have lifelong circulation problems and other physical limitations. Doctors told him he might never walk again- and would certainly never golf again. While in the hospital his life was endangered by a blood clot problem which led doctors to tie off the vena cava. Hogan would be in the hospital for 59 days-finally leaving on April 1, 1948.  He would have a long and difficult road to recovery.

Hogan would regain his strength by extensive walking. By November 1949 he was back on the golf course . In the first tournament of 1950- he was there and tied Sam Snead in the Los Angeles Open but lost in the 18 hole playoff. Hogan up to his accident had never been a fan favorite- he was an introverted man who was viewed as cold and aloof but when he made it back from his horrific accident the fans were enthusiastically in his corner. In 1950 he won the U.S. Open completing his great comeback. He would go on to win the PGA Player of the Year Award for that season and in his career he would limp his way around the golf course to six Majors victories after his accident. He retired from golf in 1971 with 69 career victories. Hogan died in 1997 at the age of 84.  There have been a lot of great sports comebacks- certainly Tiger Woods is among them but I can’t think of one that tops Ben Hogan’s.

22 responses to “THE GREATEST INDIVIDUAL COMEBACK IN SPORTS HISTORY”