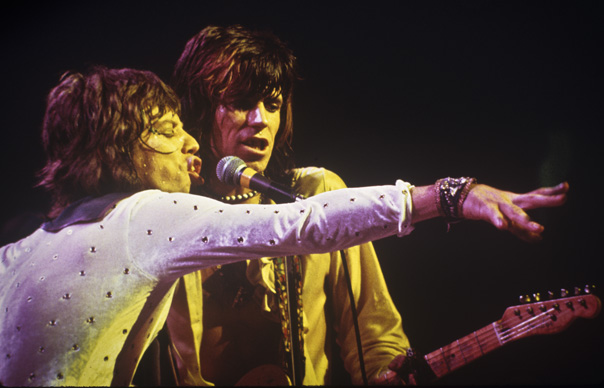 The Rolling Stones Song of the Day is -Happy. Happy was the second single from Exile On Main St- following Tumbling Dice- Happy peaked at #22 on the Hot 100 in the U.S. The song is credited to the songwriting team of Mick Jagger and Keith Richards but it was mainly written by Richards at his villa in southern France in one afternoon. It was written and recorded in four hours. Richards has remarked that at noon the song didn’t exist- by 4pm it was finished. Happy was sung by Keith with Mick on backing vocals- the most famous Stones song with Keith singing the lead- it is the only Stones single that made the Hot 100 with Keith singing.

Keith’s comments on the song from songfacts-

“That’s a strange song, because if you play it you actually become happy, even in the worst of circumstances. It has a little magical bounce about it. I wrote it one afternoon when we were cutting Exile on Main St. in France and the studio was in my basement. And Bobby Keys was with me and they got this lick going. So we went down and I recorded it with just guitar and Bobby Keys on baritone saxophone. While we were doing that, Jimmy Miller, who was our producer at the time, came in. And he was a very good drummer as well. So we said, well let’s put down a dub, we’ll just sort of sketch it out and play it later. But it’s another one of those things that ended up being on the record. It was just one of those moments that you get that are very happy. And I can play it now and it gives you a lift. I don’t know why except for maybe the word.”

7 responses to “THE ROLLING STONES SONG OF THE DAY- HAPPY”