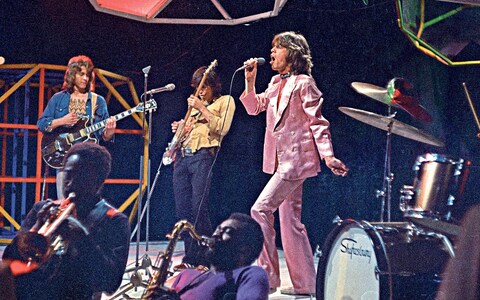 The Rolling Stones Song of the Day is- I Got The Blues which was written by Mick Jagger and Keith Richards and is the second song on side 2 of Sticky Fingers. Listening to this- the opening instrumental part sounds right off of an Otis Redding album like “I’ve Been Loving You Too Long- a song that The Stones covered back in 1965. I’ve Got The Blues is a slow paced- and would have fit as a Stax Records release. Billy Preston is playing the organ on this. Easily the most obscure song on the Sticky Fingers album. I like this one- it’s great to hear a Rolling Stones song that you know the only time you will hear it is when you listen to the album. I’ve never heard this one the radio.