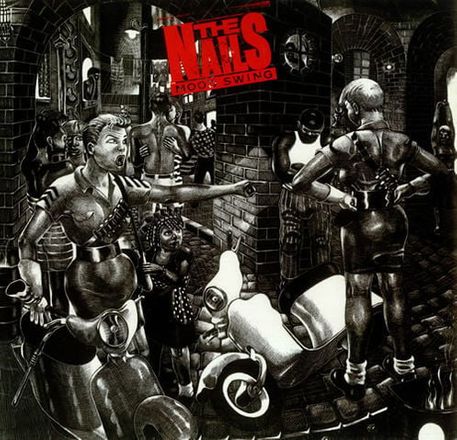 Hans Worst Hits of the 80’s cheats today- ’88 Lines about 44 Women” by Nails wasn’t a hit unless peaking at # 46 on the US Dance chart in 1984 counts. I am glad this wasn’t a hit because I really hate this song.  I somehow escaped hearing it for nearly three decades until one day Sir Richard Blade the DJ on 1st Wave on Sirius XM played it- once was enough but over the past ten years I’ve heard him play it a few times. I see now that Blade [ who is almost unbearable to listen to -who cares if he was friends with Falco or dated Terri Nunn of Berlin?} is self promoting when he plays it- it is on his compilation album Richard Blade’s Flashback Favorites cd.