It was fifty years ago today- Thursday February 20, 1969- one month into his presidency- Richard Milhous Nixon asked the US Congress to begin the process of abolishing the Electoral College- that would involve an amendment to the U.S. Constitution to be considered by the states. Not one of Dick’s best ideas. If its not broke- and it wasn’t and isn’t- there is nothing to fix. Nixon’s had a couple ideas-have the amendment take the form of either dividing each state’s electoral votes in a manner that may more closely approximate the popular vote in the state or that the popular vote winner be declared president as long as they have at least 40 percent of the vote. If no candidate got the 40% the top two would face each other in a run-off election. Nixon’s ideas got nowhere of course. 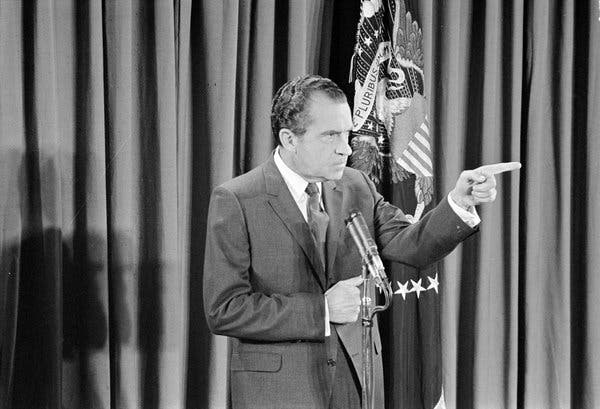 11 responses to “IT WAS FIFTY YEARS AGO TODAY- THURSDAY FEBRUARY 20, 1969- PRESIDENT NIXON ASKS FOR CONGRESS TO BEGIN PROCESS OF ABOLISHING THE ELECTORAL COLLEGE”