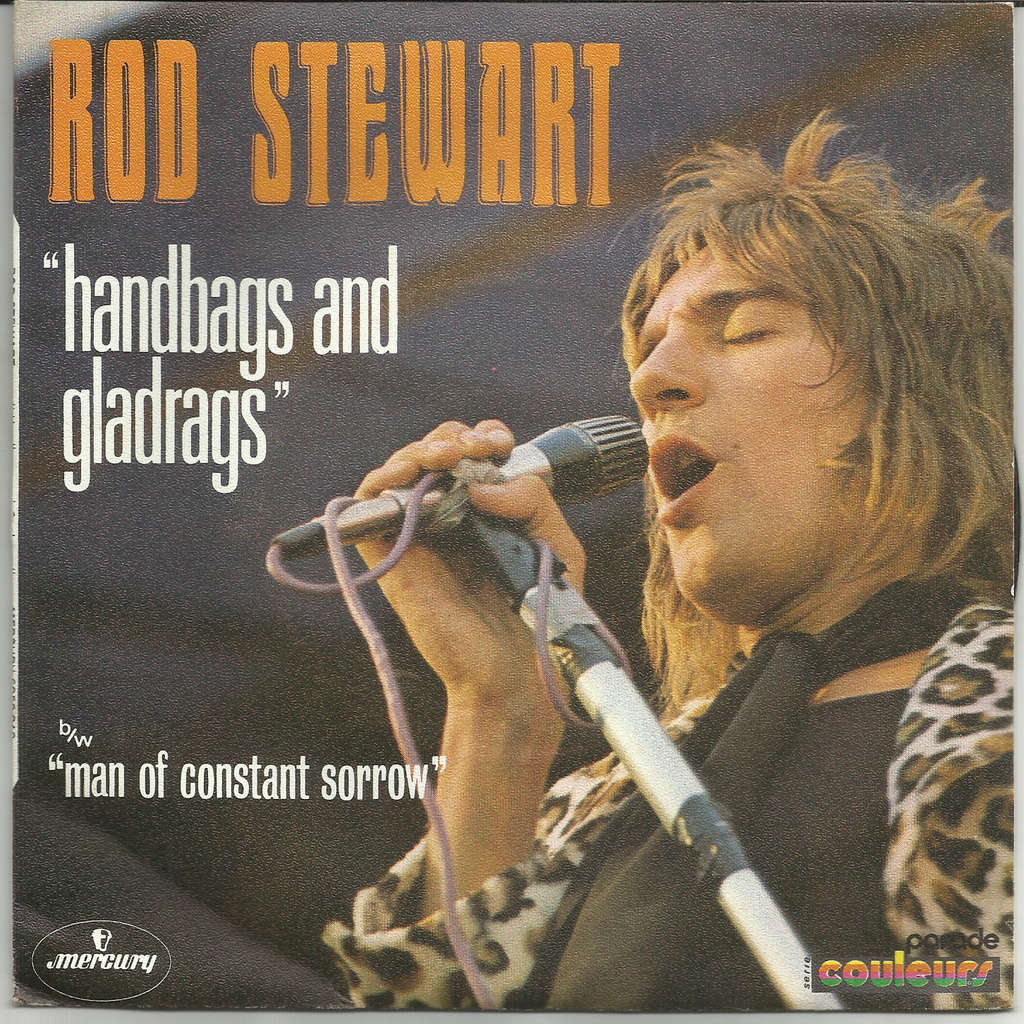 1969 Song of the Day is–Handbags and Gladrags by Rod Stewart. The song was written in 1969 by  Mike d’Abo [father of actress Olivia d’Abo of The Wonder Years fame] who was the lead singer of Manfred Mann at the time. The first version of the song was sung by Chris Farlowe- and produced by d’Abo- it went to #33 in the UK as a single.

The song according to Mike d’Abo describes the song as “saying to a teenage girl that the way to happiness is not through being trendy. There are deeper values.”

Rod Stewart recorded it in 1969 for his album An Old Raincoat Won’t Ever Let You Down. d’Abo also had his hand in this one- playing piano and arranging the song. The song did nothing- until 1972 by which time Rod’s solo career had taken off- and it Handbags and Gladbags as a single nearly cracked the Top 40 in the US- #42. The popularity of the song years later returned with the British version of The Office using it and Stereophonics covering it. Their single went to #4.