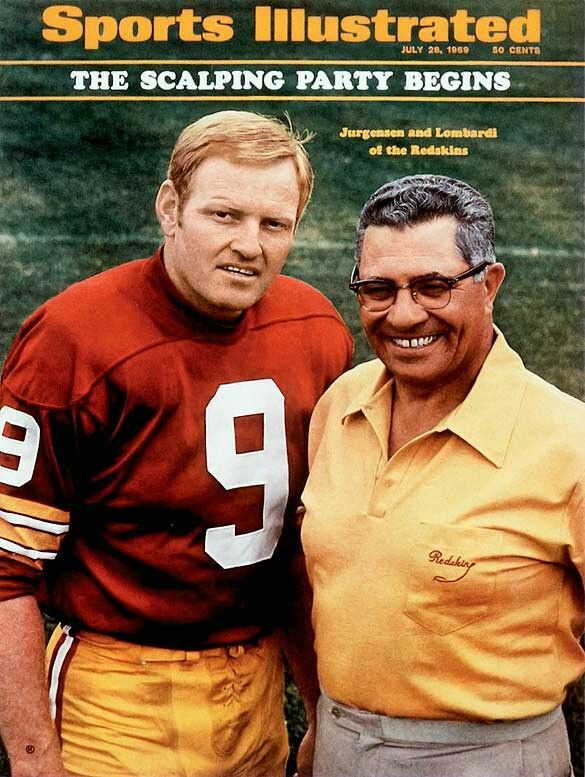 It was fifty years ago today- Wednesday February 5, 1969- the Washington Redskins who hadn’t had a winning season in thirteen seasons- announced the ultimate fix- the hiring of Vince Lombardi as part owner- vice president, general manager and head coach. Lombardi was the legendary head coach of the Green Bay Packers from 1959-67. He took over the worst team in the league in Green Bay and won 5 NFL titles and the first two Super Bowls in his 9 years with the Packers. After Super Bowl II’s victory over Oakland he stepped down. They didn’t use the term back then but he was burnt out. He spent 1968 as the Packers general manager but found not coaching made him restless. The word was out that Lombardi was looking to return to the sidelines and the Philadelphia Eagles, Boston Patriots were interested but the Redskins President Edward Bennett Williams made the big move- offering Lombardi a part ownership 5 %- of the team.

It was an interesting winter of 1969 in Washington D.C with a new President in Milhous Nixon- in late January the Washington Senators had hired Ted Williams as manager and now the biggest news of all- the greatest coach in the history of the sport- was coming to town to turn around the Redskins.

In the last week of January -first week of February 1969 some pretty impressive hire’s in the NFL- two unknowns who got jobs- The Steelers hiring Chuck Noll and Raiders hiring John Madden- both became Hall of Fame coaches- and then the Redskins in Lombardi. A good bet that in the recent NFL head coaching changes- there are no Noll’s- Madden’s or Lombardi’s in the bunch.

Lombardi was 55 years old when he became the Redskins head coach. Sadly he only got to coach one season- in 1969 they broke that run of bad seasons with a 7-5-2 record. Things were looking up- but Lombardi was diagnosed with an aggressive form of colon cancer in early 1970 and died on September 3, 1970 at 57.

A pretty good book- long out of print on Vince Lombardi’s season with the Redskins- Tom Dowling’s book- Coach- A Season With Lombardi.

How great of a coach was Lombardi? They named the Super Bowl Trophy the Lombardi Trophy in his honor. Many consider him not only the greatest NFL head coach but possibly the greatest coach in American sports history. There were great football coaches before him and during his time but the name Lombardi is remembered above all the others.  A great book on Lombardi which I have read a few times is  David Maraniss- When Pride Still Mattered- A Life Of Vince Lombardi- which came out in 1999. One of the best sports biographies I’ve ever read. Lombardi was a fascinating character. I have read every Lombardi book I’ve seen out there over the past 50 years- I am a huge fan of his- but I must admit that the title of greatest NFL coach- and greatest American sports coach ever has probably passed on now to Bill Belichick. 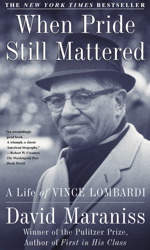 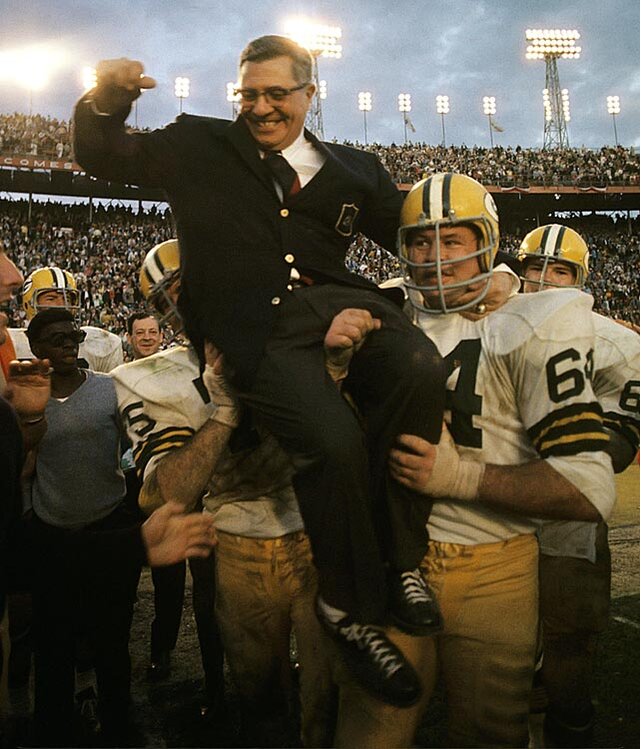 18 responses to “IT WAS FIFTY YEARS AGO TODAY- WEDNESDAY FEBRUARY 5, 1969- THE WASHINGTON REDSKINS HIRE VINCE LOMBARDI AS HEAD COACH”