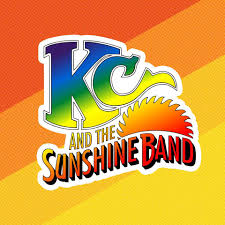 Han’s Worst Hits of the 70’s today- focuses on the mindless KC and the Sunshine Band. KC and The Sunshine Band had 5 #1 hits in the 1970’s- I included four of them here- Get Down Tonight, That’s The Way I Like It,  { Shake, Shake, Shake} Shake Your Booty, and I’m Your Boogie Man.  I didn’t include Please Don’t Go- not because it is that good but because it was an effort into actually writing a song and it probably took more than 5 minutes to complete.

I wasn’t a disco fan back in the 70’s- I was a teenager and liked rock and roll so I hated disco. Looking back on it- there were some excellent disco songs- and a couple disco artists who were outstanding- The Bee Gees and Donna Summer come to mind. I thought then and think now that KC and The Sunshine Band represented the worst that disco music. I was an avid radio listener back in the 70’s. I haven’t listened to pop music on the radio for years but back then I was an avid listener. I hard all the disco hits. I can’t think of an artist who had more than a couple hits who was worse than this group. It’s not even good disco.