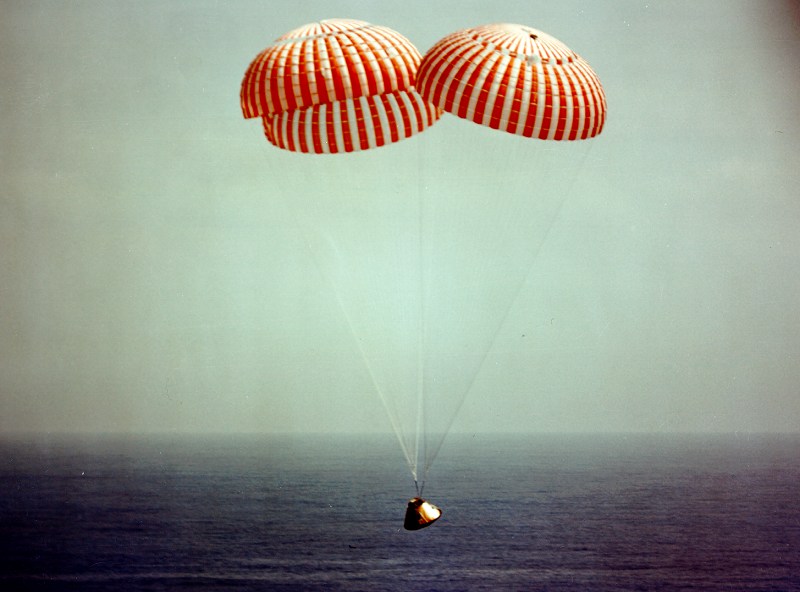 It was fifty years ago today- Friday December 27, 1968- Apollo 8 returned safely back to earth at 2:51 AM in the Pacific Ocean after it’s mission that took it to the Moon and back. The Apollo 8 capsule splashed down around 3 miles from the recovery vessel, the aircraft carrier USS Yorktown. Astronauts Frank Borman, Jim Lovell and Bill Anders mission was a smashing success, a critical mission to test the technology needed to reach the moon. Without Apollo 8 there is no lunar landing six months later with Apollo 11. At this moment it was clear that the United States was far ahead of the Soviet Union in the race to the Moon  and would accomplish President Kennedy’s goal of going to the moon and back before the end of the 1960’s.

4 responses to “IT WAS FIFTY YEARS AGO TODAY- FRIDAY DECEMBER 27, 1968- APOLLO 8 RETURNS SAFELY HOME TO EARTH”