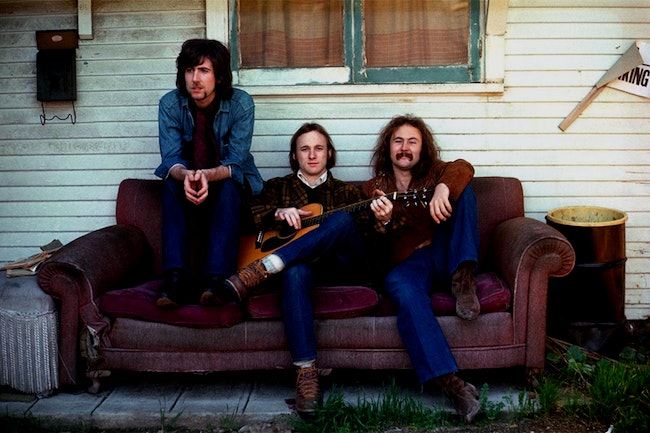 It was fifty years ago today- December 8, 1968 singer Graham Nash of The Hollies left the group to join forces with David Crosby- formerly of The Byrds and Stephen Stills formerly of Buffalo Springfield to form the supergroup that would be known as Crosby, Stills and Nash{  Over the years on  three of their eight albums- the great Neil Young has slummed and been a part of this band making it Crosby, Stills, Nash and Young.} I know I am in a minority here- but I have always been very lukewarm about Crosby, Stills and Nash. They were ‘alright’ but I never got the big hubbub over them. They did fit well into the early 70’s laid back singer-songwriter era of mostly mellow music but I myself never thought of them as great. Maybe I am missing something here.  I am predicting a farewell tour sometime soon if Crosby is up to it. One more cash grab from the aging hippies. Anyway today 50 years ago Graham Nash left The Hollies to join up and their first album- Crosby, Stills and Nash would be released in May 1969 and in August of 1969- their second concert performance was at a place called Woodstock.

20 responses to “IT WAS FIFTY YEARS AGO TODAY–DECEMBER 8, 1968–GRAHAM NASH LEAVES THE HOLLIES TO JOIN UP WITH DAVID CROSBY AND STEPHEN STILLS IN NEW BAND”