Elvis Presley’s career in the 60’s was pretty much dead in the water in 1968. The 1960’s hadn’t treated Elvis well- bad movies and bad movie soundtracks. After returning home from the U.S. Army in 1960 he had 4#1 hits almost immediately but then came the movies and mostly movie soundtracks. Col. Thomas Parker his manager had a stranglehold on him. By the beginning of 1968 Elvis was unhappy with his career. He hadn’t performed live in seven years. He hadn’t had a Top 10 hit since 1964. He had released eight singles from January 1967 to May 1968 and only two had hit the Top 40 the highest #28. Then came the idea for this television special. Elvis hadn’t appeared on television since 1960. Col. Parker turned his attention to NBC and negotiated a Christmas special for his boy. They filmed it in June of 1968 in California. The official title of the show was Singer Presents.. Elvis but it has been forever known as The ’68 Comeback Special. The videotaped show was shown on NBC-TV 50 years ago today- December 3, 1968. 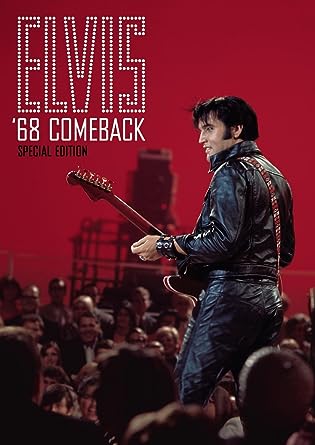 This was Elvis’s first live appearance since 1961 [what was Col. Parker thinking?} The live segments were sensational. Elvis came out dressed in tight black leather and it was like the clock was turned back a decade. It was the Rock N Roll Elvis that everyone loved. Col. Parker’s original plan was somewhat lame- Elvis doing an hour of Christmas songs. Elvis did do a couple Christmas songs but it was mostly the great old 50’s Elvis. Elvis looked great and sounded great and the show was fantastic. It was the highest rated show that NBC had that season with  42 % of the television audience watching. Elvis was back. 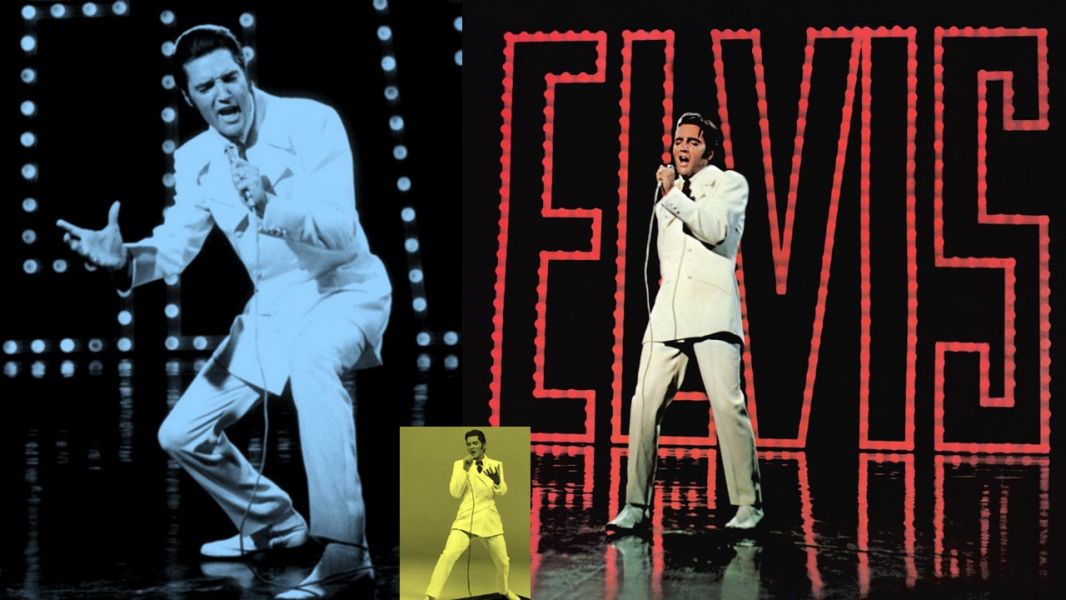 Elvis ended the show on a great note also. Col. Parker had wanted him to close with “I’ll Be Home For Christmas.” For once Elvis ignored Parker and did a new song that had been written especially for him by songwriter Walter Brown. The song was “If I Can Dream”- it was inspired by the assassination of Dr. Martin Luther King, Jr. Elvis was insistent on that being the finale. He was right on the mark. When I recently re-watched the show- I was struck by it- Elvis was dressed in a white suit and looked great. None of that silly cape and jumpsuit that he later adopted. For at least a short time Elvis was back- {If I Can Dream as a single would go to #12 and a string of hits would follow over the next few years.} Viewing this special it is hard to believe that in less than ten years he would be fat, bloated and then dead at 42. Sad.