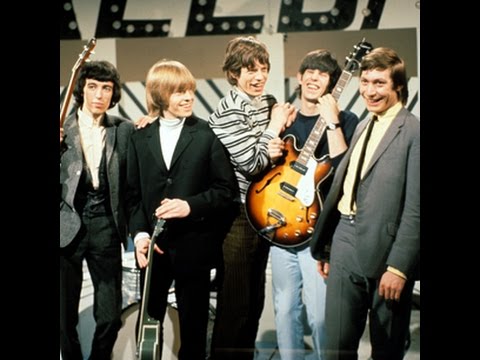 The Rolling Stones Song of the Day is Hitch Hike. Hitch Hike is most famous for being the first Top 40 hit by Marvin Gaye in 1963. The song was written by Gaye, Mickey Stephenson and Clarence Paul. I am most familiar with the Marvin Gaye version and while I must say I like the original more- I do like The Stones version of the song.. The Stones were on the TAMI Show-in 1964 when Gaye performed the song- The Stones liked it and decided to record it. It is on their Out Of Our Heads album. The song was an influential song- Johnny Marr of The Smiths credits it as being the song that inspired The Smiths greatest song [in my opinion anyway} There’s A Light That Never Goes Out. The song also inspired The Velvet Underground’s classic- There She Goes Again.